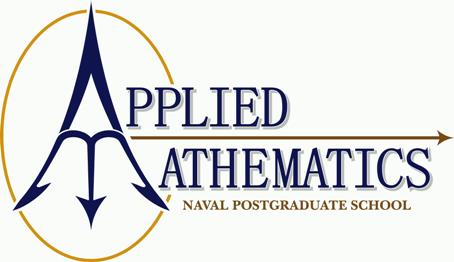 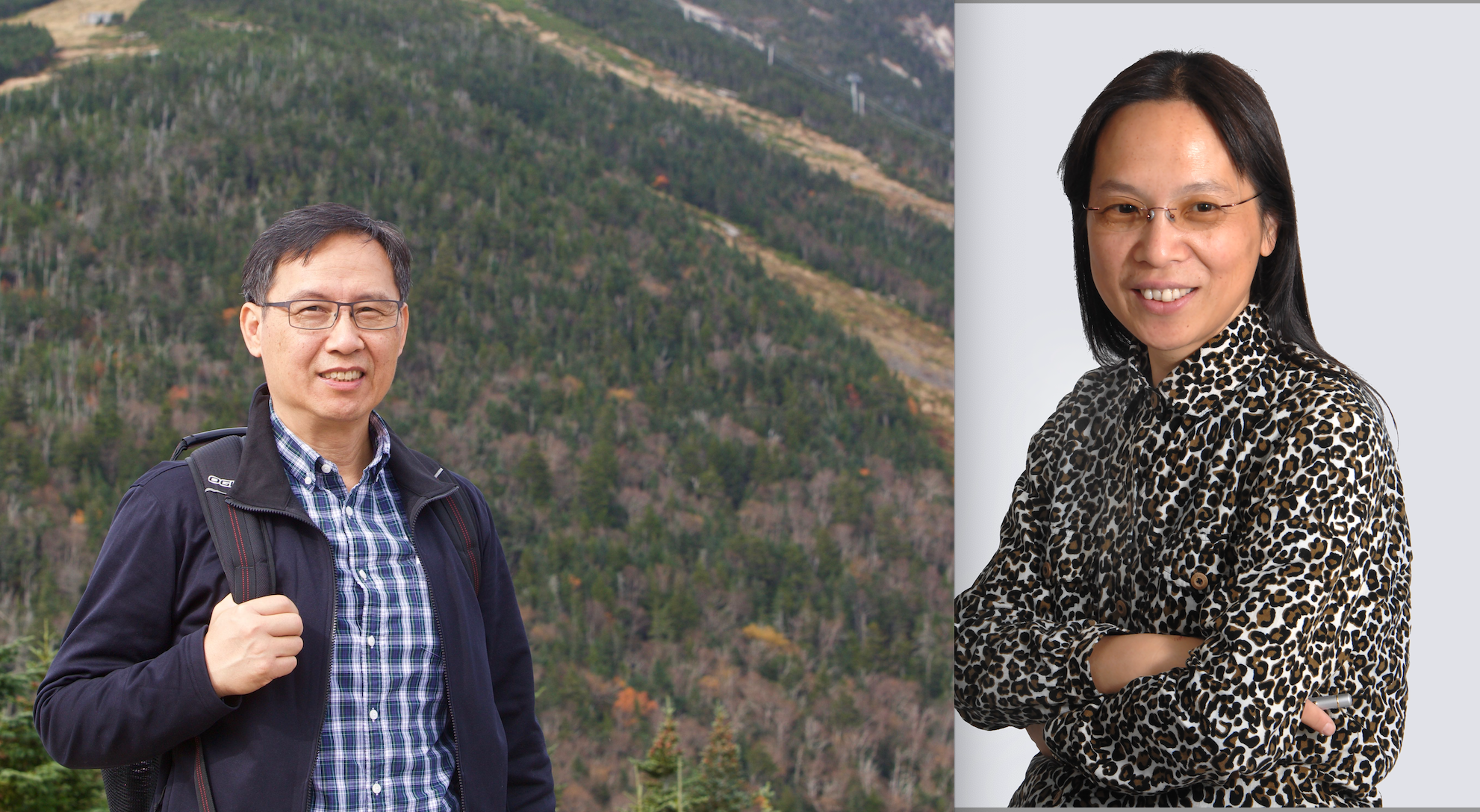 NPS Professors of Applied Mathematics Wei Kang and Hong Zhou, along with Dr. Liang Xu from the Naval Research Laboratory in Monterey, received the Best Paper Award at the 17th IEEE International Conference on Control & Automation (ICCA) for their work “The Observability in Unobservable Systems.” The paper advances the state-of-the-art in the field of optimal estimation of high dimensional nonlinear dynamical systems. The paper consists of new concepts about observability and associated computational algorithms as well as a deep filter, a learning-based method of estimating state variables and parameters based on sensor information. The research work published in this paper is supported in part by the National Science Foundation under lnteragency Agreement #2202668 and the Marine Meteorology Division, Naval Research Laboratory. In addition to the award winning paper, Professor Wei Kang gave a keynote lecture in the same conference on “Topics at the Intersection of Deep Learning, Dynamical Systems and Control Theory.”

The 17th IEEE ICCA (June 27-30, 2022) was held in Naples, Italy. The conference was technically sponsored by IEEE Control Systems Society (CSS), IEEE CSS Italy Chapter and IEEE Robotics and Automation Society Italy Chapter. It was organized by IEEE Control Systems Chapter, Singapore. The conference series has a 30-year history with the first one held in 1992. 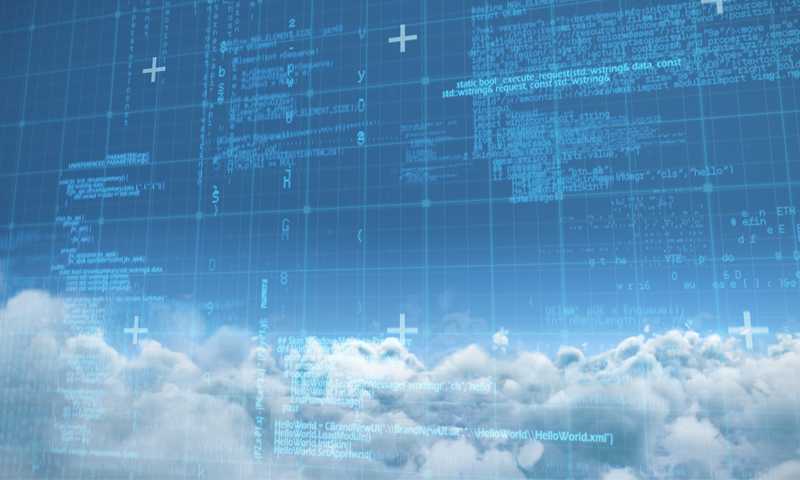 Researchers in the NPS Department of Applied Mathematics are supporting an ambitious research effort to apply new approaches in high-fidelity computer modeling, including machine learning, that will take advantage of future computing capabilities and realize the potential for significant improvements in the accuracy of hurricane prediction.

The Naval Postgraduate School (NPS) has received a major grant to explore a groundbreaking new way to model hurricanes and other extreme weather events.

The three-year grant from the Office of Naval Research, awarded in February, will allow mathematicians at NPS and the Naval Research Lab in Washington, D.C., (NRL-DC) to apply new approaches, including machine learning, to high-fidelity computer models to more accurately and efficiently model hurricanes. This will enable the Navy to best predict - and mitigate - these storms’ impact on marine battlespace environments the world over.

“This is a game-changer,” said Dr. Frank Giraldo, Distinguished Professor and Chair of the Applied Mathematics department and co-lead on the project along with Assistant Professor Anthony Austin, who leads the machine learning aspects of the project. “The novelty of our approach is, in my opinion, the only possible way to ever make weather models scalable on exascale computers.”

The Department of Energy is slated to bring the first exascale computers – next generation computers capable of a billion billion operations per second – online within the next few years. Given computing limitations, current weather models are incapable of fully drilling down to the necessary scale for accurate prediction.

Dramatic changes at the turbulent scale within the first 24 hours of a hurricane’s formation lead to its rapid intensification, with winds whipping up to at least 35 miles per hour and pressure plummeting 42 mbars. Current models are incapable of predicting rapid intensification at that scale, Giraldo said, which is really at the heart of why hurricane behavior and strength remain relatively unpredictable.

“That’s literally a killer because you don’t know where the storm is going to go,” he said. “If you don’t fix that problem, you won’t be able to predict or track hurricanes.”

Experts suggest hurricanes have increased in frequency and intensity in recent years, and point to climate change and warmer oceanic waters around the world as the culprit for stronger storms, presenting increased risk to coastal areas, Naval commands, and of course, vessels at sea.

It’s a problem the Navy is keenly aware of.

In his 2021 strategic guidance for the Navy and Marine Corps, Secretary of the Navy Carlos Del Toro specifically identified climate change as one of the most pressing challenges the services face today.

“It is a national security and warfighting imperative for the Department of the Navy to address the impact of climate change on our readiness, operations, and ability to fight and win,” Del Toro stated. “Climate change increases risk and exposes vulnerabilities to our people, installations, platforms and operations, and it impacts and expands the mission set our naval forces must support.”

In working closely with NRL-DC, the NPS team hopes to arm the Navy with an effective means to accurately predict hurricanes, from inception through evolution.

Doing so requires predicting cloud formation and behavior at the turbulent scale, which is impossible with current techniques. It’s not the actual computation of data, Giraldo says, but the communication of computation instructions that is too much for computers to handle. A “bottleneck” occurs when massive amounts of sub-processes attempt to communicate at that scale, he notes.

“Communication is what kills an application on a high-performance computer,” Giraldo explained. “We’re trying to fix that problem by saying, ‘OK, let’s do it in a way that minimizes communication. Let’s do the problem in a very different way.’”

Machine learning algorithms, a form of artificial intelligence, learn to perform tasks without being explicitly programmed to do them. For each of those sub-processes, the algorithm is able to independently make a prediction without being told to; i.e., without having to re-invent the wheel each time a prediction is made.

This essentially side-steps the communication bottleneck and opens the door for a whole new fidelity in making weather predictions at that scale. With a team of exceptional mathematicians and post-doctoral students, Giraldo says, NPS has the unique capability to team up on this project.

“Our group’s expertise is in high-performance computing,” he said. “We run on the biggest computers in the world and so we understand what it takes to run these models. 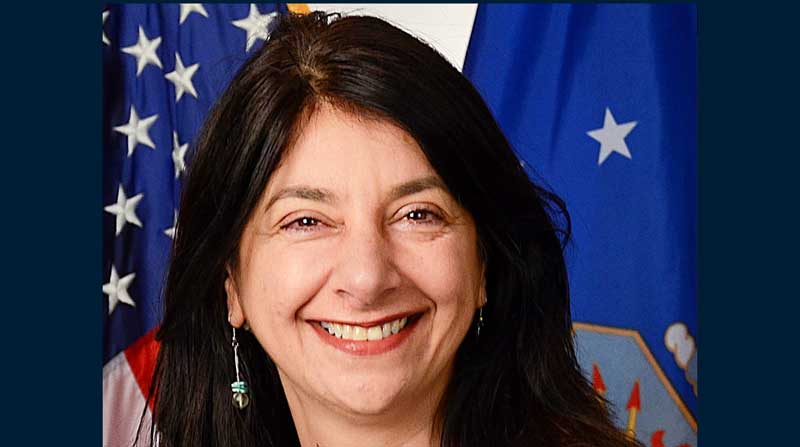 Congratulations to Dr. Fariba Fahroo, Professor Emerita of Applied Mathematics, for been elected a Fellow of the American Association for the Advancement of Science (AAAS).  AAAS is the world's largest general scientific society, with over 120,000 members, and is the publisher of the well-known scientific journal Science. AAAS is an American international non-profit organization with the stated goals of promoting cooperation among scientists, defending scientific freedom, encouraging scientific responsibility, and supporting scientific education and science outreach for the betterment of all humanity. In a tradition stretching back to 1874, AAAS Fellows are recognized for their extraordinary achievements across disciplines. 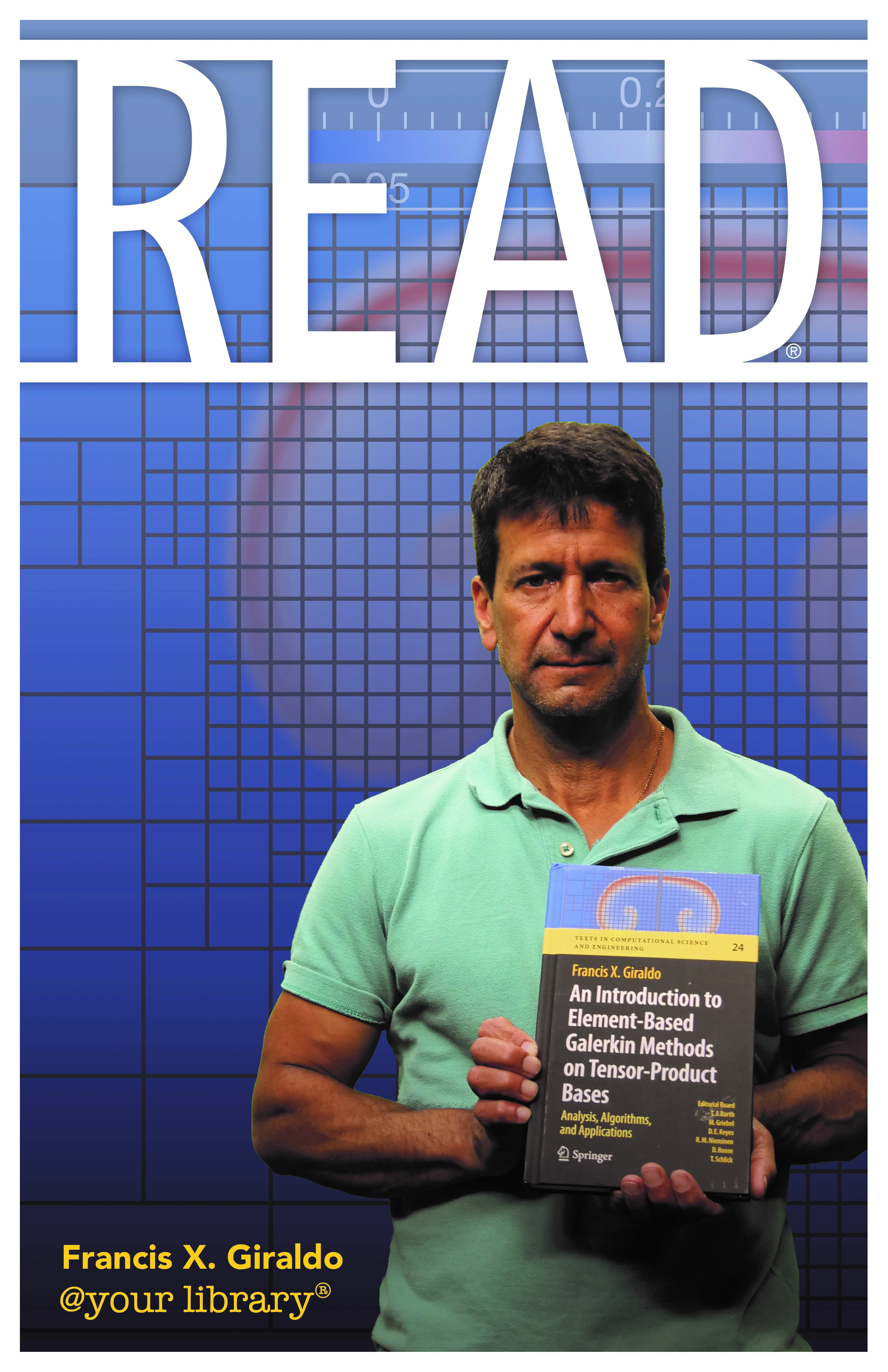 Congratulations to Prof. Frank Giraldo's for his new book!  The NPS library unveiled this poster on the 2nd floor in October 18, 2021. This book (published by Springer) introduces the reader to solving partial differential equations numerically using element-based Galerkin methods.  Various forms of Galerkin methods are described in detail, such as spectral element, discontinuous Galerkin, and hybridized discontinuous Galerkin methods. This book describes the methods used in the formulation of the NUMA (Nonhydrostatic Unified Model of the Atmosphere) model which was constructed in the Center for Computational Mathematics in the Department of Applied Mathematics of NPS. NUMA is the inspiration that led to the construction of NEPTUNE (Navy's Environmental Prediction sysTem Using the NUMA Engine), which is the global weather prediction system developed for the U.S. Navy. Professor Pante Stanica (of the Applied Mathematics at NPS), along with Profs. Sugata Gangopadhyay (of Indian Institute of Technology-Roorkee) and Prof. Sumit Kumar Debnath (of National Institute of Technology Jamshedpur, India) co-edited Security and Privacy-Select Proceedings of ICSP 2020 (an International Conference on Security & Privacy), published by Springer-LNEE.

Prof. Stanica served as the General-Chair for the conference, as well. The book is focused on the state-of-the-art developments of network security, secure cryptographic protocols, post-quantum cryptography, quantum cryptography, blockchains and cryptocurrency, IoT security and privacy, cloud security, machine learning in cybersecurity, and other disciplines related to security and privacy. In this book, a wide variety of basic security primitives are discussed along with recent developments in some advanced topics like functional encryption, two-party/multi-party computation, bitcoin, cryptocurrency, and post-quantum security. Congratulations to Professor Frank Giraldo for his promotion to Distinguished Professor! 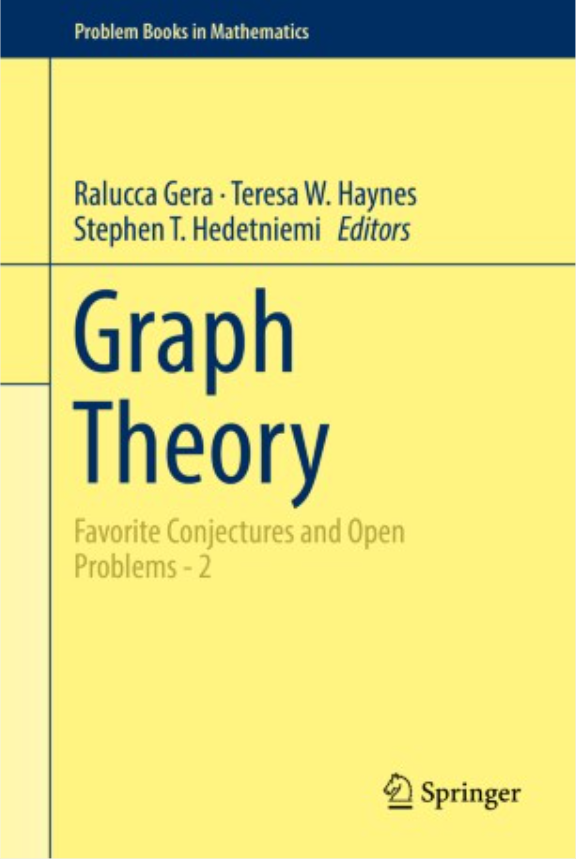 Congratulations to Prof. Ralucca Gera for her new book with Teresa W. Haynes and Stephen T. Hedetniemi.  This volume 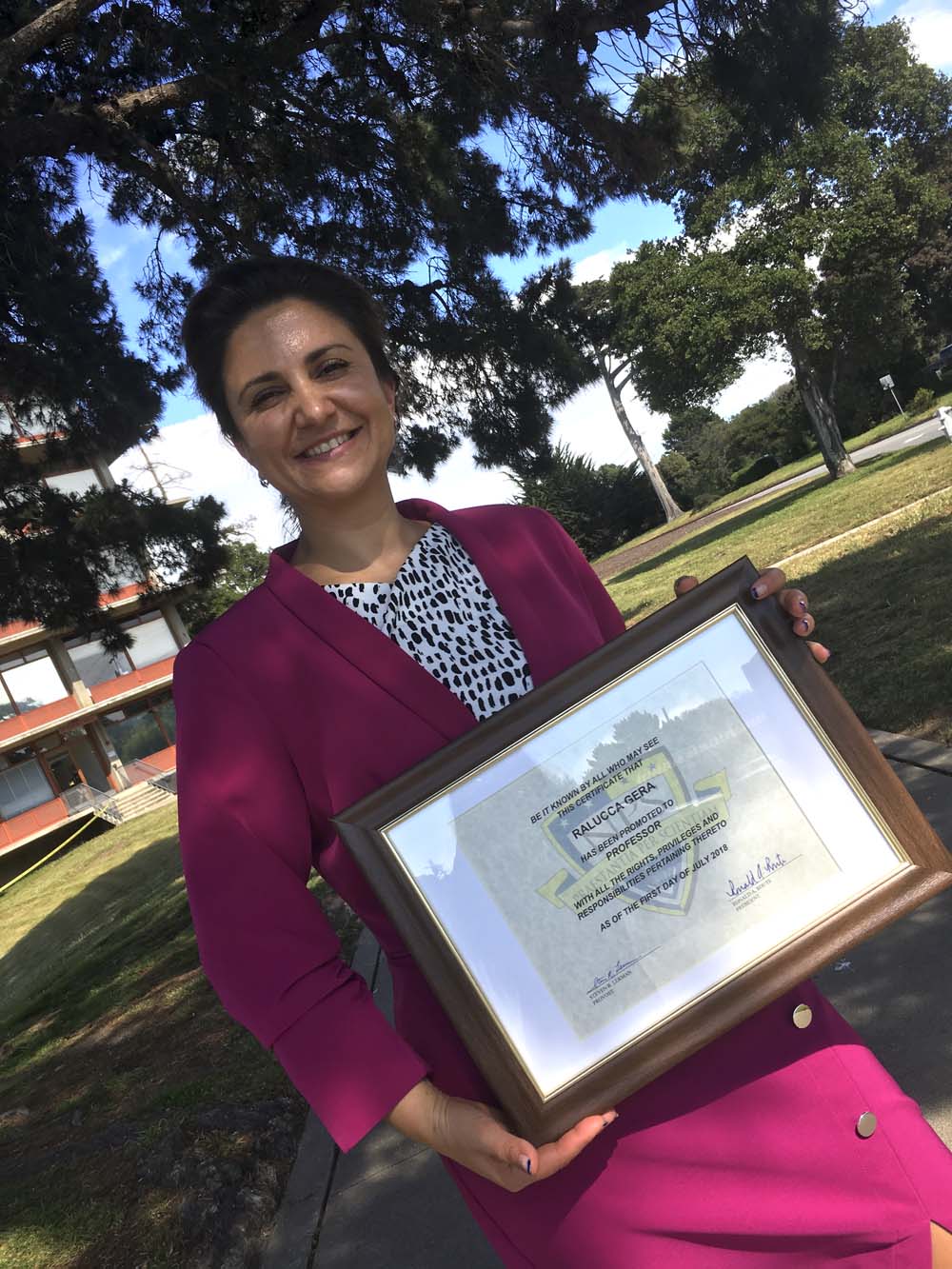 Congratulations to Professor Ralucca Gera for her promotion to Full Professor! 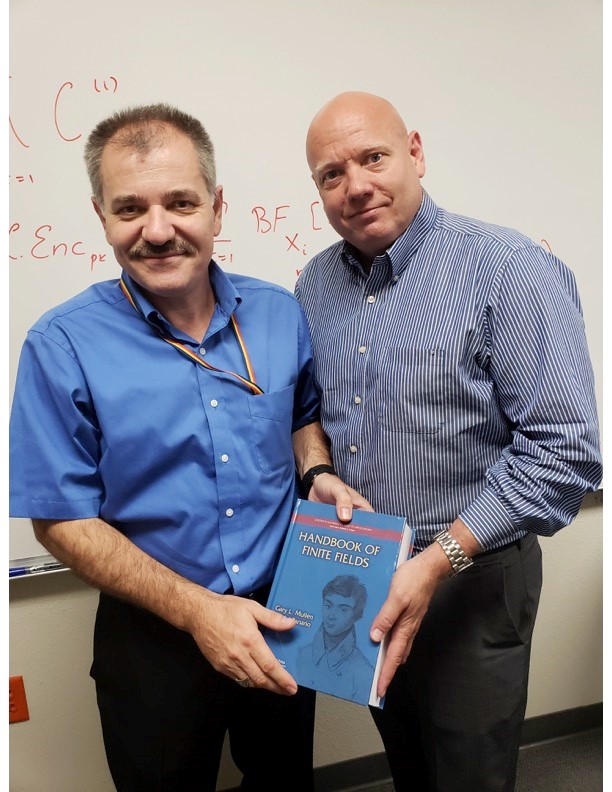 Prof. Pante Stanica and Assistant Prof. (CDR) Thor Martinsen from the Applied Math department at NPS, along with Dr. Wilfried Meidl from RICAM - Johann Radon Institute of Computational and Applied Mathematics (Linz, Austria) and Prof. Alexander Pott of Otto von Guericke Universität, Fakultät für Mathematik (Magdeburg, Germany) won the best paper award for their paper "On symmetry and differential properties of generalized Boolean functions" at the 7th International Workshop on the Arithmetic of Finite Fields (WAIFI) in Bergen, Norway, June 14-16, 2018. Their winning submission along with other selected papers will appear in a forthcoming volume of Lecture Notes in Computer Science conference proceedings published by Springer.

Fellow at the Institute of Mathematics at the University of Oxford, UK 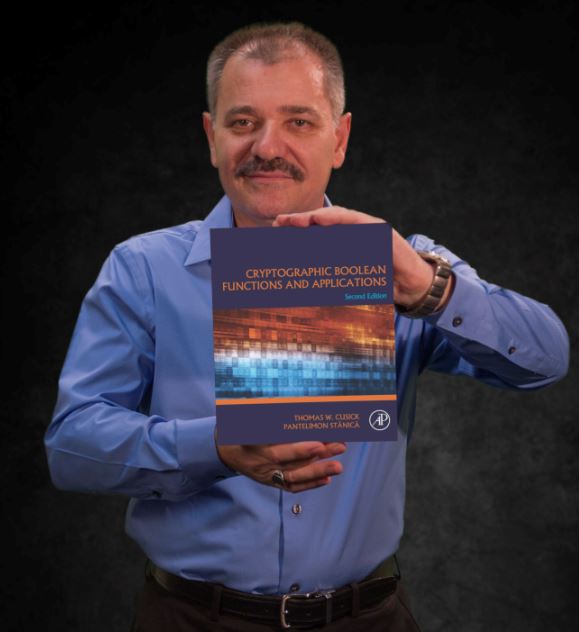 Congratulations to our colleague, Prof. Pante Stanica was elected a Fellow at the Institute of Mathematics at the University of Oxford, UK.