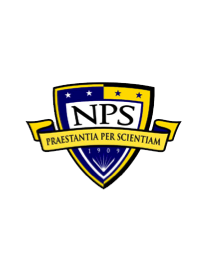 
Mariana Giusti Rodríguez is an Assistant Professor of National Security Affairs at the Naval Postgraduate School in Monterey, California, as of September 2018. Her research interests include ethnic politics, comparative political behavior, political representation, and social movements, with a regional focus on Latin America.

Dr. Giusti Rodríguez is currently working on a book project that examines a central question in democratic politics: how do the most salient social fractures in society become translated into stable party systems? Her book project investigates party system reconstruction efforts in Peru and Bolivia to evaluate how social network structures shape the articulation of ethnic cleavages in the political arena. This project draws on extensive fieldwork carried out in Bolivia and Peru between 2013 and 2016. Her research has been awarded grants from the Fulbright-Hays Program, the Ford Foundation, the U.S. Fulbright Student Program, the University of Pennsylvania’s Office of the Provost, and Cornell University’s Office of the Provost and Einaudi Center.