In terms of climate change, the Navy faces an imminent challenge of adapting and supporting fleet operations. At coastal installations, the increased risk for infrastructure damage due to sea level changes warrant additional planning and preparedness in a standardized fashion. The Naval Facilities Engineering Command (NAVFAC) has developed a NOAA-derived robust tool for managing of environment and installations that facilitates planning, readiness and sustainment of operations. The main goal of the research is to provide effective means to present and integrate relevant environmental information to a Defense decision making process in support of facilities planning and management. 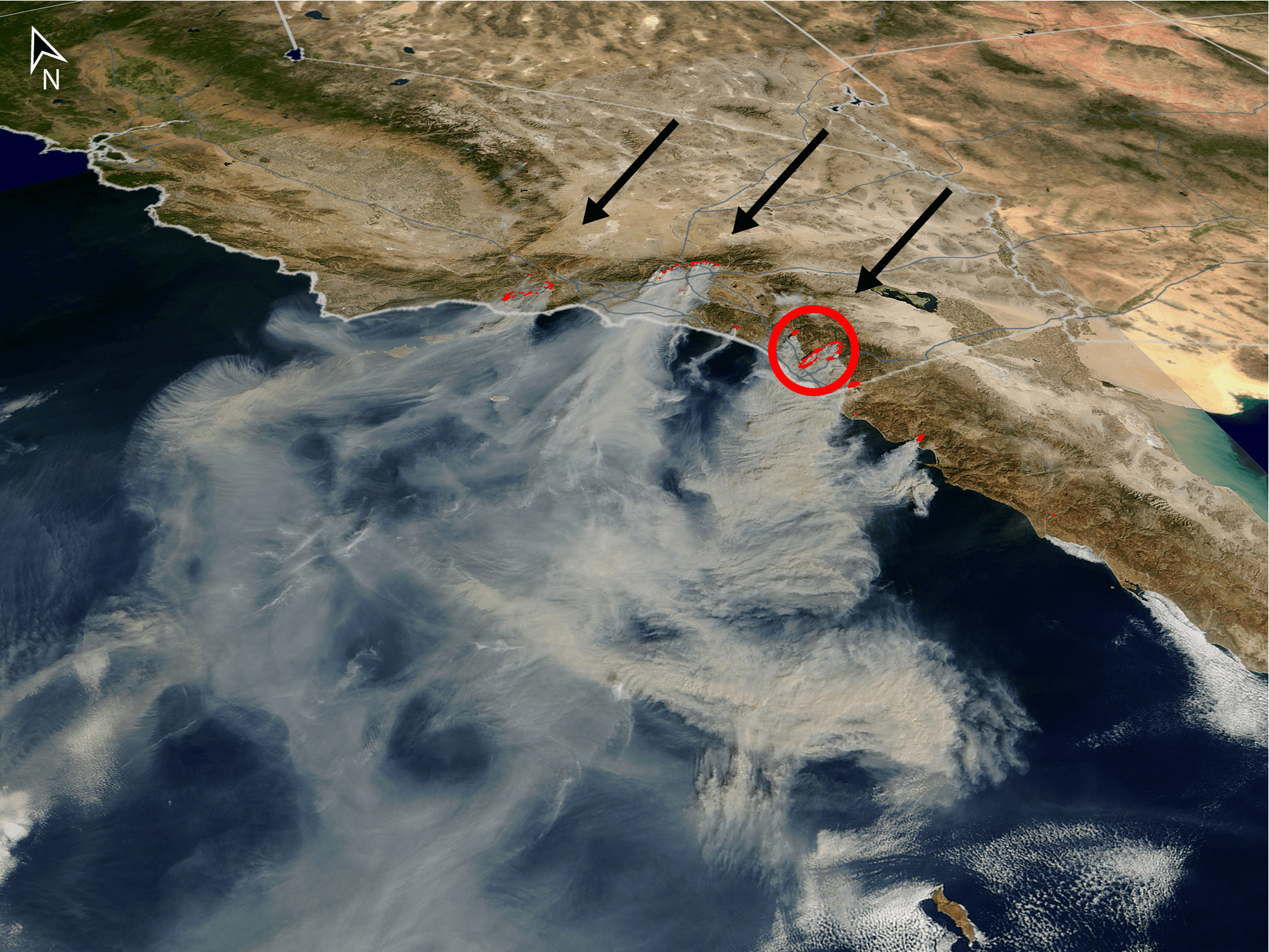 Wildfire favorable offshore wind events (OWEs) in California, such as Santa Ana (SA) and Diablo wind events, are extreme weather events that can contribute to severe societal and security impacts, such as wildfires and infrastructure vulnerability. OWEs and their impacts are especially common in October-December, at the end of the California dry season. We analyzed the large-scale weather and climate conditions associated with OWEs in California during November 1979-2018 and found that OWEs in California tend to be part of anomalous planetary wave trains that span all or most of the northern extratropics and that they appear to be initiated by sea surface temperature anomalies (SSTAs) and tropospheric convection anomalies in the tropical Indian Ocean and western-central tropical Pacific region. These anomalies are similar to several of the anomalies that characterize the Madden Julian Oscillation (MJO), El Nino and La Nina (ENLN), and ENLN Modoki.

During major hurricanes, key roads and facilities for military missions can become disrupted and unreachable. This is compounded with local evacuation orders that require nearby communities and military personnel to quickly leave the area, leading to major traffic jams that further disrupt operations on and off base. In this work, we will develop a model for optimal evacuation for Naval Station Newport and surrounding communities on Aquidneck Island. The goal is to develop plans that minimize the travel time for local communities to evacuate while maximizing mission assurance for key facilities and emergency response activities that will remain on the island. This work is in collaboration with the Military Installation Resilience Review (MIRR) led by Dr. Austin Becker at the University of Rhode Island. Read more 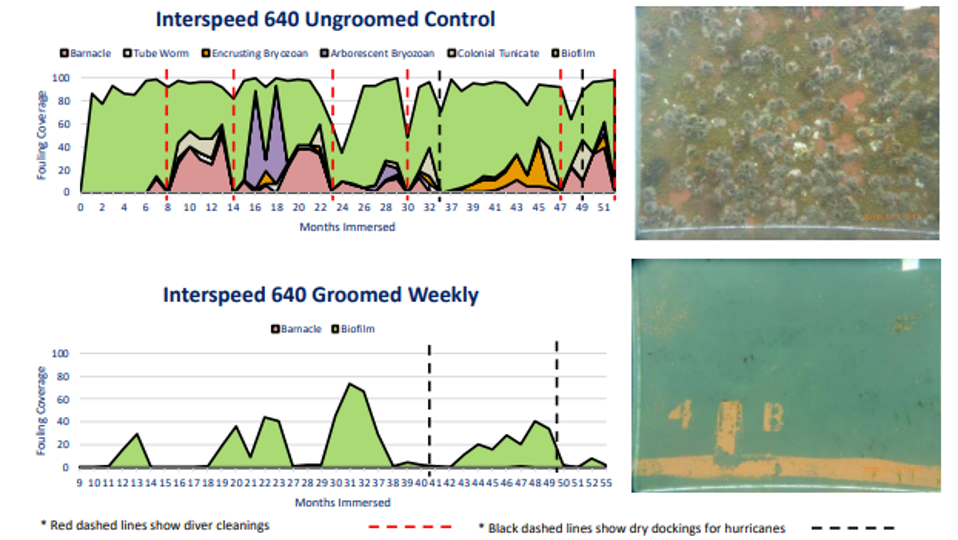 Proactive grooming of marine anti-fouling coatings using Roomba like autonomous vehicles has been shown to have many economic and environmental benefits over reactive cleaning techniques currently utilized by the US Navy. However, existing datasets are limited to a single geographic area, precluding the ability to make broad conclusions about proactive grooming efficacy in the wide variety of marine environments that harbor US Navy vessels. Local area temperature and biome makeup are anticipated to strongly influence proactive grooming frequencies for vessels employing marine anti-fouling coatings. This research aims to investigate the correlation between seawater temperature and the proactive grooming frequencies necessary to maintain biofouling ratings below FR-10 in accordance with NSTM Chapter 81. The ultimate goal is to develop a temperature-based model for proactive grooming that can be applied across all US Navy homeport locations and proceduralize this approach in a future revision of the NSTM. 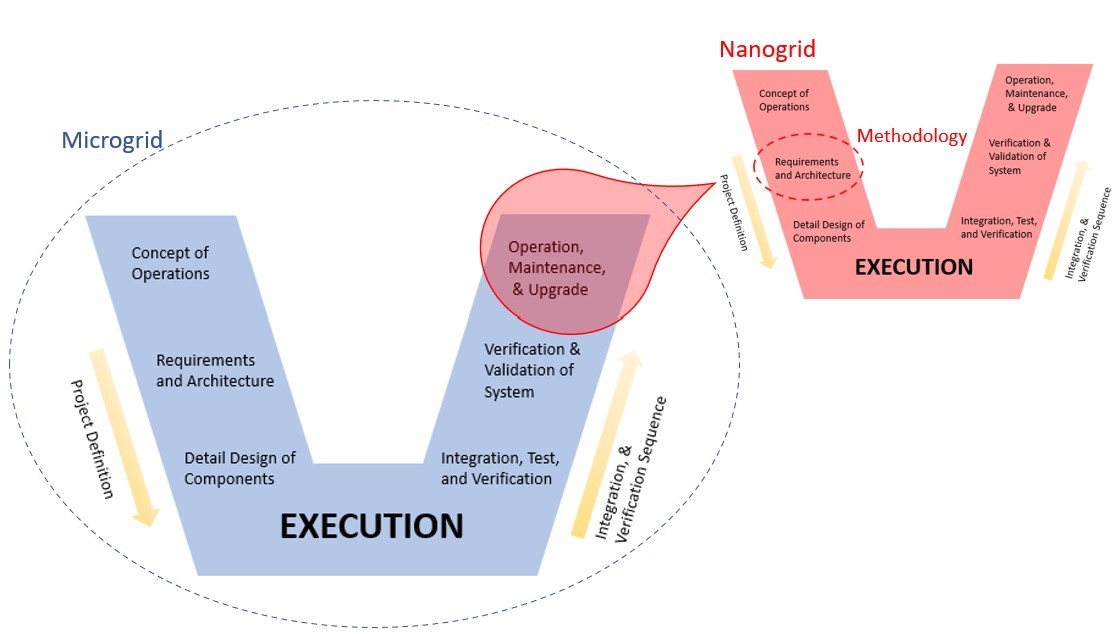 Military bases perform important national security missions. In order to perform these missions, specific electrical energy loads must have continuous, uninterrupted power even during terrorist attacks, adversary action, natural disasters, and other threats of specific interest to the military. While many global military bases have established microgrids that can maintain base operations and power critical loads during grid disconnect events where outside power is unavailable, many potential threats can cause microgrids to fail and shed critical loads. Nanogrids are of specific interest because they have the potential to protect individual critical loads in the event of microgrid failure. We present a systems engineering methodology that analyzes potential nanogrid configurations to understand which configurations may improve energy resilience and by how much for critical loads from a national security perspective. This then allows targeted deployment of nanogrids within existing microgrid infrastructures. A case study of a small military base with an existing microgrid is presented to demonstrate the potential of the methodology to help base energy managers understand which options are preferable and justify implementing nanogrids to improve energy resilience. 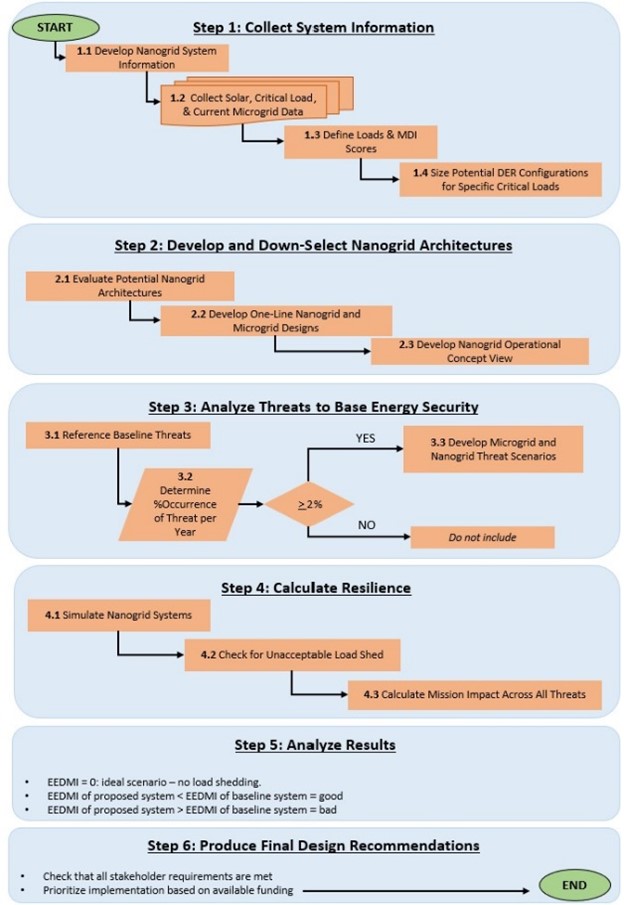 This paper presents a user-friendly design method for accurately sizing the distributed energy resources of a stand-alone microgrid to meet the critical load demands of a military, commercial, industrial, or residential facility when utility power is not available. The microgrid combines renewable resources such as photovoltaics (PV) with an energy-storage system to increase energy security for facilities with critical loads. The design method’s novelty complies with IEEE Standards 1562 and 1013, and addresses resilience, which is not taken into account in existing design methods. Several case studies simulated with a physics-based model validate the proposed design method and demonstrate how resilience can be included in the design process. Additionally, the design and the simulations were validated by 24 h laboratory experiments conducted on a microgrid assembled using commercial off-the-shelf components.

The Perfect Storm: Climate-Induced Migration to the United States 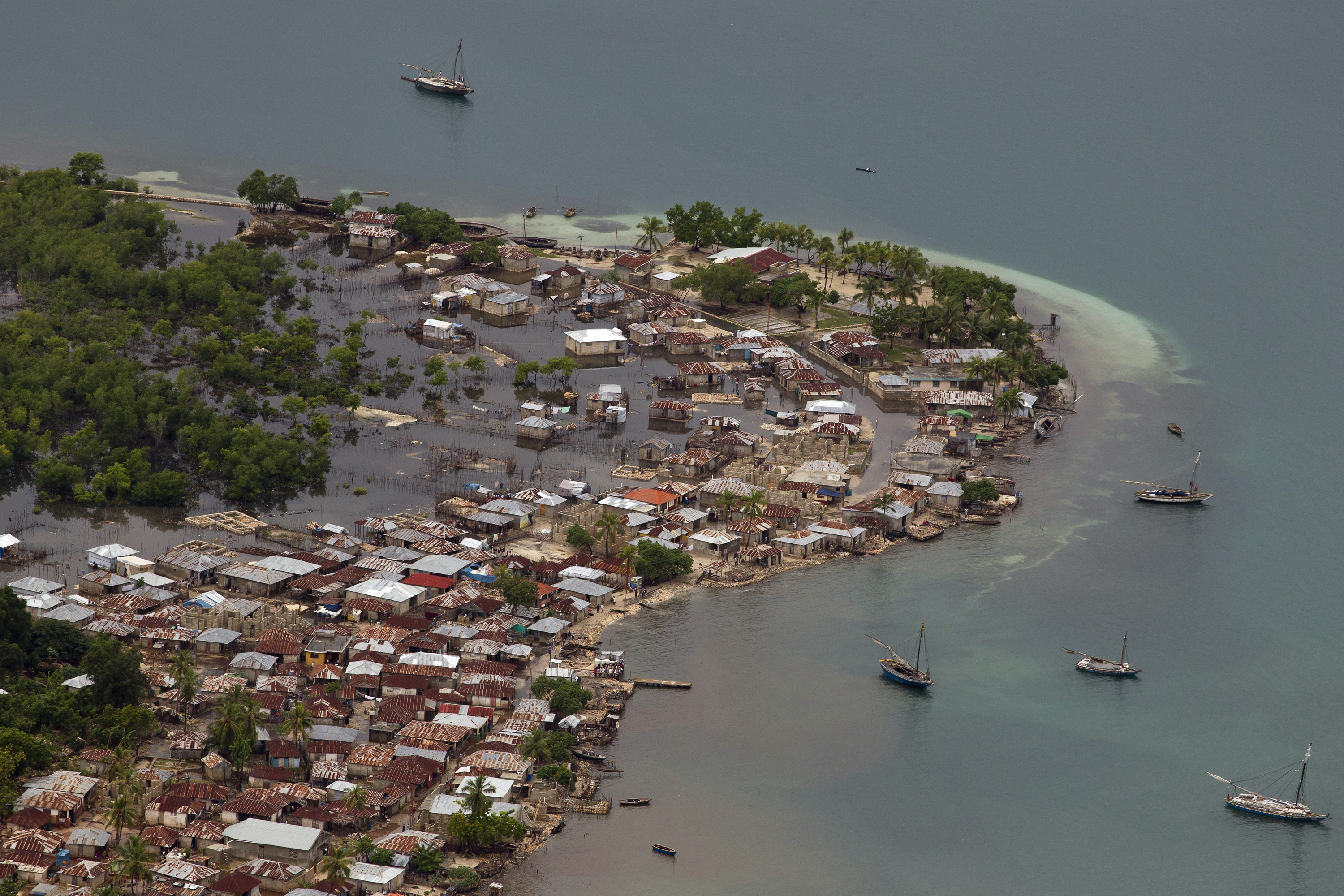 From the Mariel boatlift in the 1980s to the 2019 Southern Border Crisis, the United States has consistently been unprepared to handle mass migration events. With the world approximately 1.0°C warmer than pre-industrial levels, climatic-driven migration events will increasingly challenge the U.S. borders. This thesis explores how the United States might prepare to handle cross-border climate change-induced migration from a homeland security perspective. Using the research methodology of scenario planning, this study assesses the many ways the future might unfold by focusing on intersecting global megatrends and an array of global warming projections in the year 2050. This thesis finds that regardless of how the world chooses to combat global warming, migration will continue. Thus, to prepare for such a future, regional agreements and national legislation will be necessary. In turn, if leveraged correctly, climate migrants could help the United States compete with future emerging economies. Ultimately concluding that a proactive approach to climate-induced migration might not only benefit climate migrants but also the future resiliency of the United States well into the mid-century.