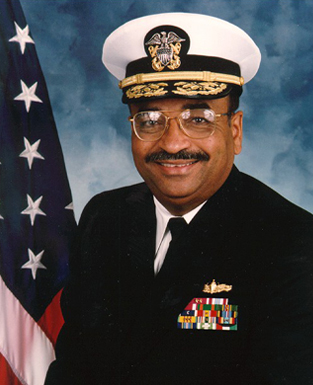 A leader, warfighter and trailblazer, Vice Admiral Edward Moore was a driving force throughout his 38 year Navy career. He began in the enlisted ranks of the U.S. Navy Reserves and culminated as the Commander, Naval Surface Force, U.S. Pacific Fleet, the highest-ranking Black Naval officer at the time and upon his retirement. He distinguished himself through superior operational leadership as the Plankowner Commanding Officer of USS Cowpens (CG-63), the first Black Captain of an Aegis Cruiser, by leading successful Tomahawk missile strikes against sensitive targets in Iraq, rendering Iraqi leadership ineffective. He later served as Commander, CARL VINSON Task Group and Cruiser-Destroyer Group THREE, which conducted Tomahawk missile strikes against Iraqi leader Saddam Hussein and his troops to force an Iraqi withdrawal from the Kurdish region’s exclusion zone created by the U.S. and its allies to protect the Kurds. VADM Moore made significant contributions in pioneering systems integration aboard ships as the Navy ushered in a new era of technologic advancement, both on active duty and in business as Vice President of the applied technology group at Anteon Corporation directing the company's surface Navy programs. He remains active in non-profit organizations and Boards promoting the welfare and advancement of minorities and veterans groups. 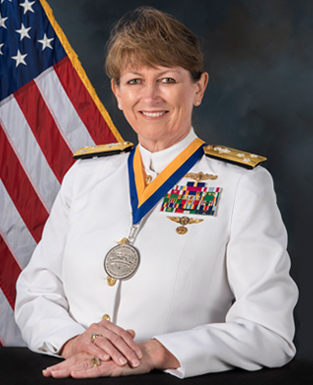 A gifted and dynamic leader, Vice Admiral Tighe has been a driving force in the development and use of information as a warfighting capability at the tactical, operational and strategic level throughout her career. Graduating from the Naval Postgraduate School in 2001, she later returned and skillfully led the university as President, providing steadfast leadership and guidance through a challenging period in the school’s history. As an Information Warfare frontrunner and innovator, she was selected as Commander, TENTH FLEET/Fleet Cyber Command, becoming the first woman to serve the Navy as a Numbered Fleet Commander. As the Deputy Chief of Naval Operations for Information Warfare (N2/N6), she actively led the integration of information into all warfare areas, providing the Navy assured networks, heightened cybersecurity, integrated cyberspace fires capability and improved battlespace awareness, enabling maritime dominance. Her exemplary and remarkable leadership in service to this country is commendable and distinguishes her as an ambassador for the Naval Postgraduate School. 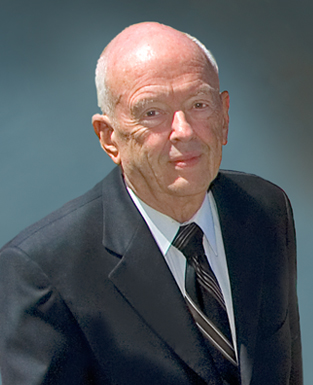 Dr. Jack R. Borsting served the Naval Postgraduate School in several capacities over his distinguished career in academia and federal service. Dr. Borsting joined the faculty of NPS’ Department of Operations Research in 1959, where he remained for 15 years before becoming university Provost in 1974. Following six years as NPS Provost, Borsting became the Asst. Secretary of Defense (Comptroller) from 1980-1982, appointed by both Presidents Carter and Reagan to serve as DOD’s Chief Financial Officer. Borsting’s career in academia then took him to universities in Miami, Florida and southern California, but his commitment and leadership to NPS remained, serving on the institution’s Board of Advisors for more than 20 years. 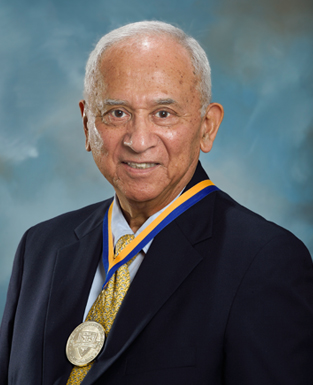 In the direst of circumstances, Mr. Alvarez upheld the honor and loyalty of a U.S. Naval Officer, enduring more than eight years of brutal captivity in North Vietnam. After graduating from NPS in 1976 and serving honorably in the U.S. Navy for 20 years, he went on to fulfill greater achievements as Deputy Director of the Peace Corps, Deputy Administrator of the Veterans Administration, and served on numerous academic and non-profit Boards. His exemplary and remarkable leadership in service to his Country is commendable, and distinguishes him as an ambassador for the excellence of the Naval Postgraduate School and all public servants. 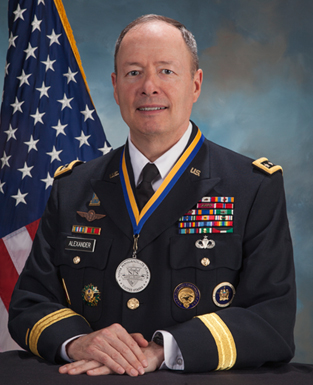 Gen. Keith Alexander served in the U.S. Army for 40 years. He assumed the duties of the Director, National Security Agency and Chief, Central Security Service on August 1, 2005. While maintaining this leadership role with NSA/CSS, Alexander also became the first Commander of the United States Cyber Command on May 21, 2010. Alexander is a 1983 dual-degree graduate of the Naval Postgraduate School, with advanced degrees in physics and systems technology/electronic warfare. A retired U.S. Marine Corps Reserve Colonel, Mr. Havenstein served in several roles in the private sector to include: Chief Executive Officer of Science Applications International Corporation (SAIC), President of BAE Systems, Inc. and as Vice President of Strategic Systems Divisions at Raytheon. His leadership in the defense industry was revolutionary and resulted in the transformation of information technology and network communications for defense and intelligence applications. He earned a Master of Science in Electrical Engineering from the Naval Postgraduate School in 1977. 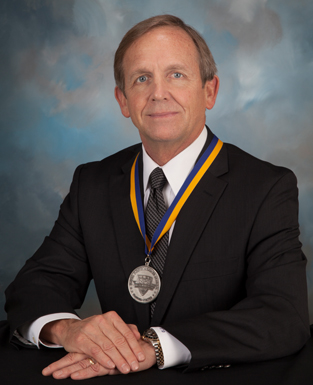 Admiral Olson was the first Navy SEAL ever to be appointed to the three-star and four-star rank and served in the highest levels of leadership as the Eight Commander, U.S. Special Operations Command (USSOCOM) and as the former Assistant Deputy to the Chief of Naval Operations (Plans, Policy, and Operations). He earned a Master of Arts in National Security Affairs from the Naval Postgraduate School in 1985. 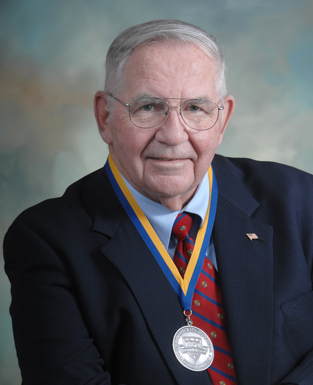 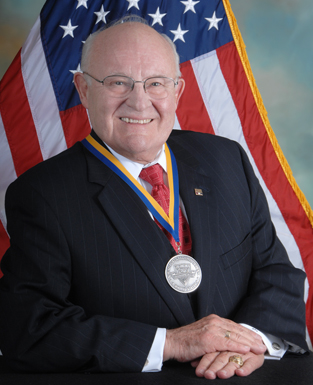 Dr. London is a graduate of the U.S. Naval Academy (1959) and the Naval Postgraduate School (1967), where he earned, respectively, a Bachelor of Science in naval engineering and a Master of Science in operations research. He holds a doctorate in business administration conferred "with distinction" from George Washington University (1971). During his 12 years of active duty as a regular officer (1959-1971) during the Cold War London initially served as a naval aviator and carrier pilot. Later, at the height of the Vietnam War, he served as Aide and Administrative Assistant to the Vice Chief of the Naval Material Command, Department of the Navy (1969-70). Dr. London currently serves as Executive Chairman for CACI. 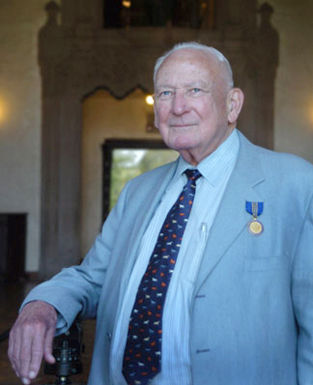 Vice Admiral Hughes served in the U.S. Navy for 43 years. His final assignment was serving as Deputy Chief of Naval Operations (Logistics). After retirement form the U.S. Navy, served as the President/CEO of Navy Federal Credit Union, the largest credit union in the U.S. He was also a Distinguished Visiting Professor and Conrad Chair for Financial Management at NPS Graduate School of Business and Public Policy. Hughes earned a Master of Science degree in Operations Analysis from the Naval Postgraduate School in 1962. 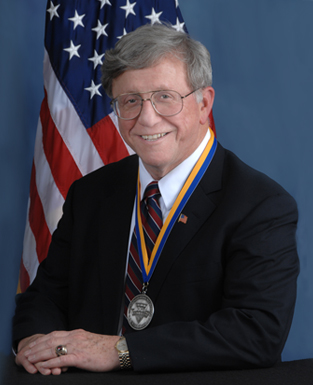 Admiral Lopez served in the U.S. for 40 years. He served as the Commander in Chief, U.S. Naval Forces, Europe and Commander in Chief, Allied Forces, Southern Europe and the Former Commander of NATO Peace Implementation Forces in Boznia-Herzegovina. After a 40 year distinguished career, Admiral Lopez served for 10 years on the NPS Board of Advisors. Lopez graduated from the Naval Postgraduate School with a Bachelor of Arts degree in Government (International Relations) in 1972 and a Master of Science degree in Management in 1973. 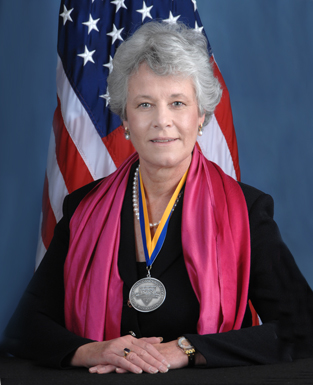 Vice Admiral Tracey, former Chief of Naval Education and Training/Director of Training, was the first female to achieve the rank of Vice Admiral in the U.S. Navy and while Active Duty, was the Highest ranking female Naval Officer in the U.S. Navy. She is now Vice President of Industry Development, Department of Defense for HP Enterprises. In 1980, Tracey Graduated with Distinction from the Naval Postgraduate School with a Master of Science degree in Operations Research. 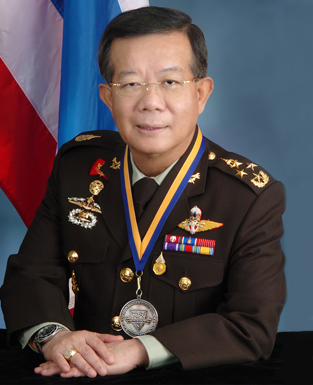 General Apichart Penkitti was appointed Permanent Secretary for Defence of Thailand on October 1, 2008. He has had an exemplary military and academic career and has fostered a close relationship between the Naval Postgraduate School and Thailand. In 1975, General Apichart graduated from the Naval Postgraduate School with a Master of Science degree in Mechanical Engineering. 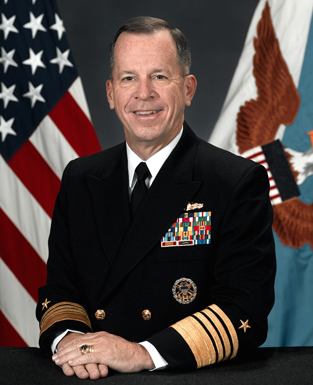 Admiral Michael Glenn Mullen was appointed the 17th Chairman of the Joint Chiefs of Staff (CJCS) on October 1, 2007. Mullen previously served as the Navy's 28th Chief of Naval Operations from July 22, 2005 to September 29, 2007. In 1985, Mullen graduated from the Naval Postgraduate School with a Master of Science degree in Operations Research. General Michael W. Hagee was appointed the 33rd Commandant of the United States Marine Corps from 2003-2006. Hagee retired from the Marine Corps on January 1, 2007. He holds a Master of Science in Electrical Engineering from the Naval Postgraduate School and a Master of Arts in National Security and Strategic Studies from the Naval War College. 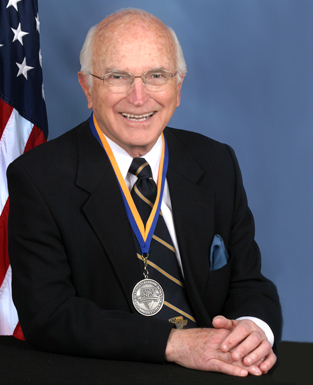 The Honorable Dan Albert was the mayor of the city of Monterey from 1986-2006. He is a dedicated visionary who helped establish the Naval Postgraduate School as a cornerstone of higher education, and is recognized for his leadership in community efforts to support DoD activities in Monterey, CA. 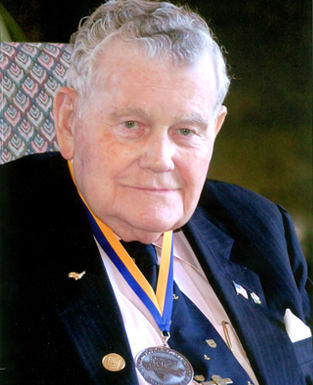 Admiral Wayne E. Meyer, who graduated from the Naval Postgraduate School in 1960 with a bachelor of science, was presented the prestigious medal by NPS President RDML Wells during the ceremony. Meyer is the founder of real time shipboard systems engineering where 60 ships now employ his AEGIS technology. "I am completely stunned and surprised," said Meyer of his induction. 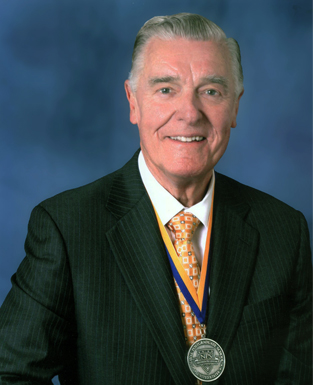 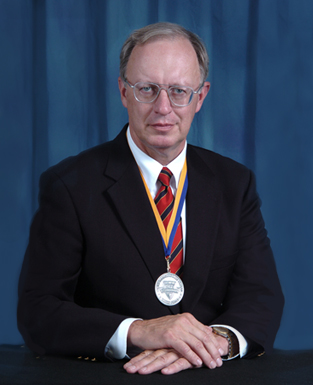 General John A. Gordon, USAF (Ret.), a veteran of 32 years in the Air Force, served in the White House as the President's Homeland Security Advisor from June 2003 to June 2004. He holds an BS from the University of Missouri , a MS from the Naval Postgraduate School , and an MBA from New Mexico Highlands University. Admiral Henry Mauz, Jr. retired from active duty in 1994 as Commander-in-Chief, U.S. Atlantic Fleet. Mauz's education includes the Naval Academy, Naval War College, and an undergraduate degree in electrical engineering from the Naval Postgraduate School. He is the recipient of many prestigious awards, including the Distinguished Service Medal, the Defense Superior Service Medal, and three awards of the Navy Achievement Medal. 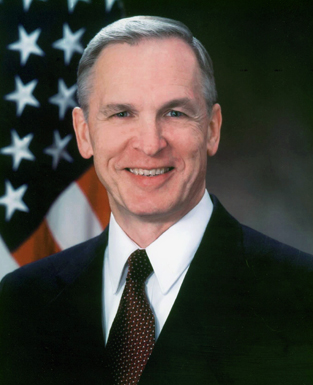 Vice Admiral Cebrowski holds a B.S. in Mathematics from Villanova University and a 1973 Master's with Distinction in Computer Systems Management from the Naval Postgraduate School. He retired from the Navy in 2001 after serving as President of the Naval War College and is currently Director, Office of Force Transformation, Office of the United States Secretary of Defense. Professor Chuen (NPS '73) holds a Masters of Science degree in Operations Research from the Naval Postgraduate School. Professor Chuen has modernized the Singapore military, establishing an operations analysis organization within the Ministry of Defense that focuses on information technology, systems engineering, and operations research. He also established a cooperative education program between the NPS and the National University of Singapore. 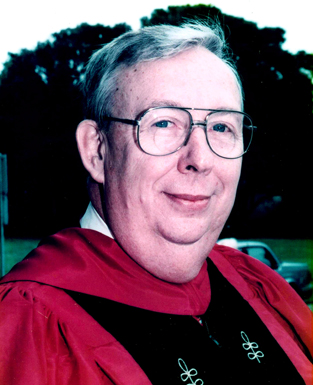 The Honorable James G. Roche was appointed the 20th Secretary of the United States Air Force in 2001. He is responsible for the Air Force's functioning and efficiency, the formulation of its policies and programs, and the implementation of decisions and instructions of the President of the United States and the Secretary of Defense. Secretary Roche holds a MS from the Naval Postgraduate School and a Doctorate from Harvard's Graduate School of Business Administration. 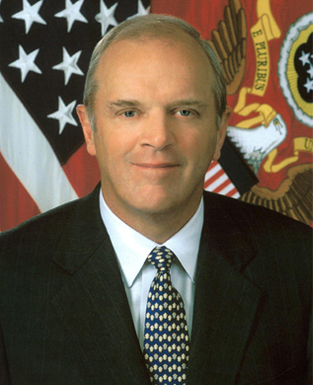 Mr. White's career in the U.S. Army included two tours in Vietnam and service as Commander, 1st Squadron, 11th Armored Cavalry Regiment; Commander, 11th Armored Cavalry Regiment, V Corps; and Executive Assistant to the Chairman, Joint Chiefs of Staff. He Graduated with Distinction from the Naval Postgraduate School in 1974 with a Master's degree in Operations Research. Mr. White served as the 18th Secretary of the Army from May 2001 to April 2003.