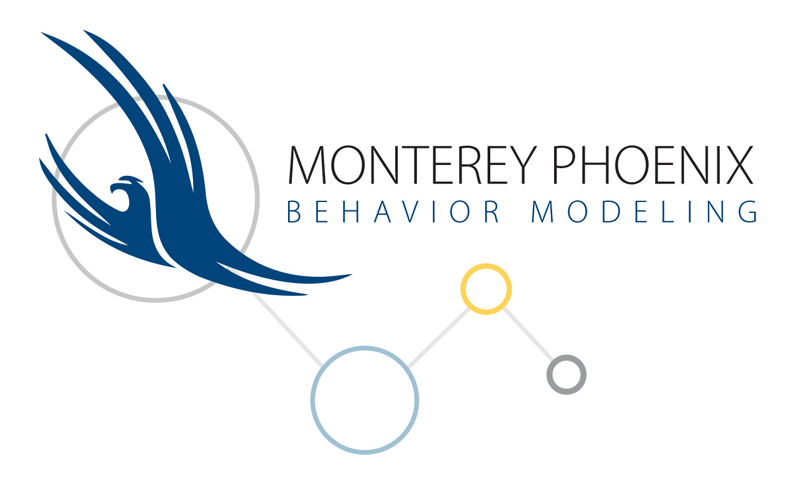 Monterey Phoenix is a specification language and software developed by NPS faculty to model potential system behavior to minimize the potential for human error in the design process before code is ever written. The surprisingly intuitive package is broadly applicable, and now free and available to the public through the Monterey Phoenix website.

From drone communication to supply chain optimization, the web-based behavior modeling tool Monterey Phoenix (MP) Firebird, developed at the Naval Postgraduate School (NPS), has already been used by many different research projects since it was first released online in 2015 due to how widely useful emergent behavior analysis is. And now, the open-source tool is free and available to the public through the NPS Gitlab website.

MP models a wide range of system behaviors, bridging computer science and systems engineering to reduce human error in the systems design process before a single line of code is ever written or prototype ever formed. In other words, MP looks at almost any system design situation that is thrown at it and visualizes them via process flow charts in a simplified way for its users.

According to NPS Associate Professor Kristin Giammarco, even though the human brain is amazing at thinking through different behavioral scenarios, a behavior modeling tool like MP can help the human brain fill in the blanks in emergent behavior analysis.

“The human knows how to do all the things the automated tool does but can do more,” Giammarco explains. “We just offload the repetitive and time-consuming tasks to the automatic tool to free up the human’s cognitive resources for things currently only humans can do. That is, for reasoning through behavior logic, accessing experience and intuition, and applying imagination to predict possible states for the systems being modeled. The automated tool does all the heavy lifting of computation and scenario generation, so that the human may focus on analysis and refinement of the scenarios being presented.”

Giammarco was handed the reigns for the MP software from its founder Dr. Mikhail Auguston upon his recent retirement from NPS. Auguston has worked to create languages that can bridge communication between humans and computers for about 30 years. He notes that MP is instinctual, and says those instincts are better for analysis in the way decimal notation is better for calculation than roman numerals.

“NSA’s National Cryptologic School is thrilled to have partnered with another defense education institution to bring this phenomenal software and framework to our military interns,” NCS Commandant Diane Janosek says. “Partnerships like this one between NCS and NPS are the wave of the future – coming together for our nation. It takes collaboration between private industry, government, and academia to keep our nation safe. We are proud to serve!”

MP consists of a simple event grammar to describe order of events and prioritization of said events. It will continue to look exhaustively for all possible scenarios from this given information until it’s told to stop by leveraging the Small Scope Hypothesis to expose any errors in the user’s thinking. Giammarco likens the scenario discovery process to observing the behavior of a child after being given instructions.

“Precocious children, for example, can get quite creative with instructions,” she says. “You could tell them to do something, and though they’ll do it, they may do it in a way that you did not anticipate. You just didn’t realize your assumptions at the time of initial instruction.

“It’s the same for system behavior,” she continued. “All those scenarios MP presents help you think about all the possible ways your behavior logic could be carried out. Some ways may be expected; others may be unexpected. Some ways may be acceptable, others unacceptable. MP gives you a way to think about more scenarios in advance and update the logic until it captures exactly what you mean.”

Auguston developed several MP prototypes from 2009 to 2015. While it has now reached the point of great application potential, the MP team continuously works to improve the tool. Right now, the fourth version of MP is available for public use through the NPS Firebird server or offline using Gryphon. NPS Faculty Lecturer U.S. Army Lt. Col. Michael Senft made it so MP graphs can be imported to Neo4j’s scripting language Cypher. He’s now developing a GoJS interface for MP.

At NPS, two recent graduates, Peter Pommer and Nickolas Carter, applied MP to explore every possible behavior a drone could exhibit when tasked to locate a target and report back. MP discovered a flaw in their instructions to the drone, saving time and energy down-the-line had the problem not been found. Carter noted he was quite apprehensive about MP before using it, but now he’s a true believer in its abilities, especially when it gets updated from a 32-bit system to 64-bit (a good thesis topic for an interested NPS student, he says).

Dr. Ed Griffor from the National Institute of Science and Technology (NIST) has been working with James Butler at Helpful Engineering, a social impact engineering community, to design architecture for the Agile Production Platform (APP). APP looks at each supply chain link to find alternative avenues to make a product faster than the normal supply chain could provide. They hope this work could get essential items, like personal protective gear, to those who need it faster in cases where primary supply chains are experience delays, like during a pandemic.

Meanwhile, NPS Professor Charles Pickar is using MP to aid in an acquisition research project, to develop a simulation to prepare acquisition officers for real-life acquisition programs using MP for a virtual simulation. He hopes to create a learning environment to provide our students better understanding of the dynamics of weapon system development.

Dr. John James and Dr. Misha Novitzky, faculty members and research scientists at the US Military Academy at West Point, NY, have brought MP to their campus for research and development efforts with cadets and faculty. Proposed development efforts include mission planning for human-robot teams of UxVs supporting small-unit combat operations including aided threat recognition (ATR) and threat confirming and queuing.

The Future of Monterey Phoenix

Current MP users are excited to see where the technology goes. One of the 60 students who interned last year, Texas A&M Information Technology student Johnnie Roberts, said the program’s staff “provided excellent guidance and mentorship” during his time. He enjoyed it so much that Roberts volunteered for the MP Ambassadors Program through which he’ll continue to learn more about MP and possibly teach it to incoming students.

Giammarco is already working to generalize the program for any sponsor interested. She’s currently testing the concept through a six-week learning sprint.

The MP team has also been invited by Dr. Ramon Flores from Naval Surface Warfighting Center Port Hueneme Division to present MP basics to pre-engineering high school students. Additionally, they plan to make a textbook for anyone to educate themselves on MP.

Giammarco believes MP can be applied to all NPS departments and in other schools because studying behavior comes in so many forms, from software-based problem-solving to predicting human behavior to making organizational structures more efficient. She hopes it will become a core competency standard of the university where it can highlight the important partnership between computer science, defense management, and systems engineering, if not others.

“I’d really like to see MP made easy and able to be used across the DOD and its partners,” she says. “It is something NPS should be really proud of.”