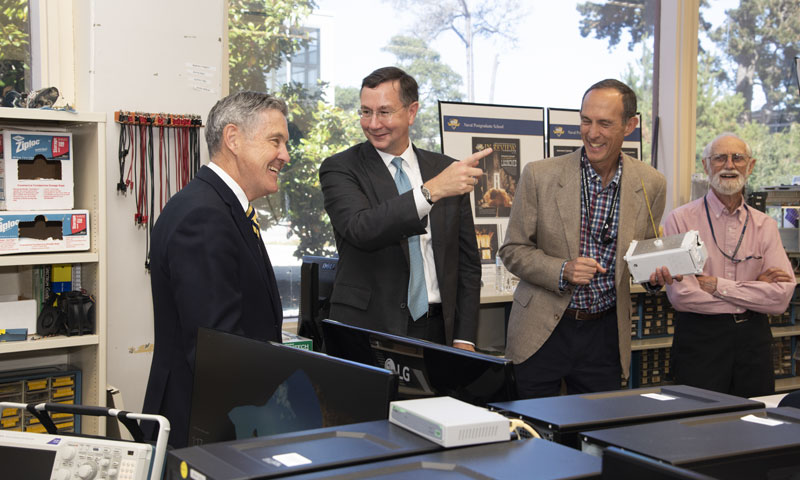 The Department of the Navy set a new course in 2019 for the management of educating its Sailors built on the premise that a thoughtful force is a more effective one, as detailed in the Education for Seapower study and report, released by Secretary of the Navy Richard V. Spencer and Under Secretary of the Navy Thomas Modly early this year.

One of the key figures in executing their vision is the Navy’s first-ever Chief Learning Officer (CLO), John R. Kroger, a former enlisted Marine who comes to the DON following an impressive career in academia as a visiting professor at Harvard and Yale, and President of Reed College in Portland, Ore. On the job now for only a few weeks, Kroger is on day two of a weeklong introduction to the Naval Postgraduate School in Monterey, Calif., one of four current educational institutions within the department.

“I am convinced now more than ever that the intellectual development of our naval personnel is the most critical warfighting capability for our national security,” Spencer said in announcing the CLO position. “Failure to adapt to all aspects of how we prepare our naval leaders for the future creates an unacceptable risk for American citizens, who have long relied on the Navy and Marine Corps to be at the intellectual forefront of national-security concerns.”

Kroger will also be charged with implementing education reforms such as the establishment of a Naval Community College (NCC) for enlisted personnel. The forthcoming institution of higher learning will be a fully accredited online system allowing Marines and Sailors to earn an associate’s degree while on active duty and to transfer their credits to bachelor’s degree programs at civilian universities.

A series of lab tours, meetings and briefings will provide Kroger with a crash course in all things NPS over the next few days, culminating in his participation in an exciting new event called the NPS Tech Op Thursday, and of course, the university’s popular Discover NPS Day on Friday, October 25.

Kroger began his first full day on campus with an introduction to the university’s diverse community of senior managers and leaders during the school’s Leadership Council.

My responsibility as the Navy’s Chief Learning Officer is “to take a holistic view of Navy education,” he said. Built upon three critical pillars  – technical, strategic and partnerships – the service must invest in “intellectual development, and the intellectual capital that we bring to bear, if we are to outthink our opponent,” he added. 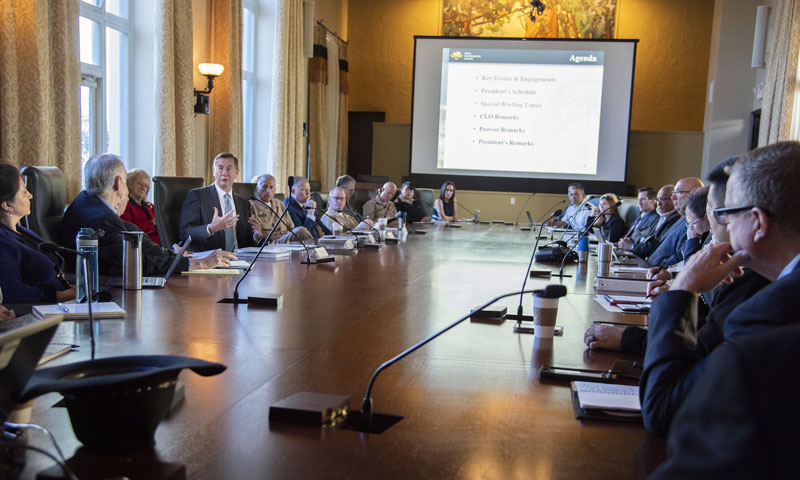 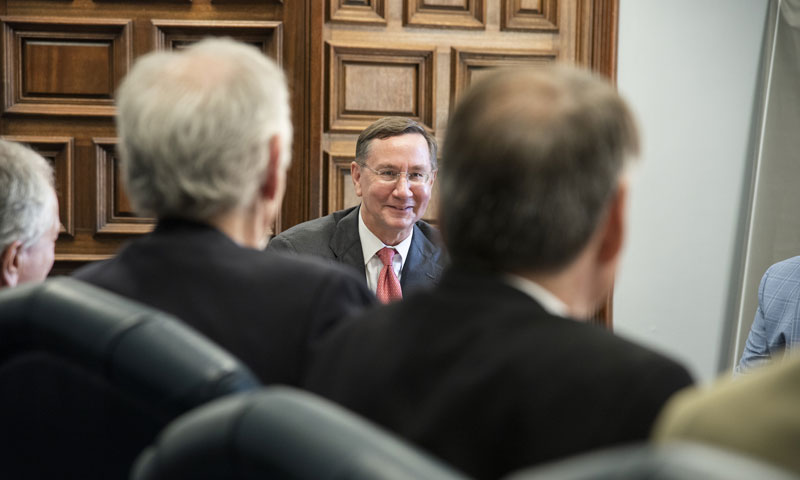 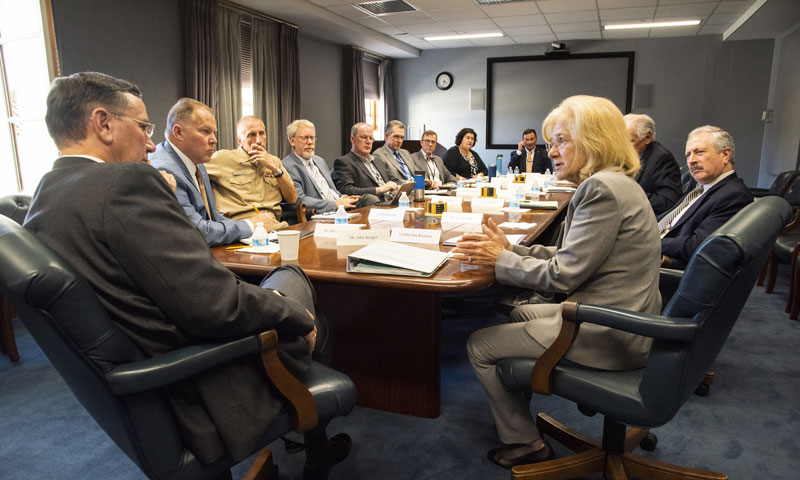