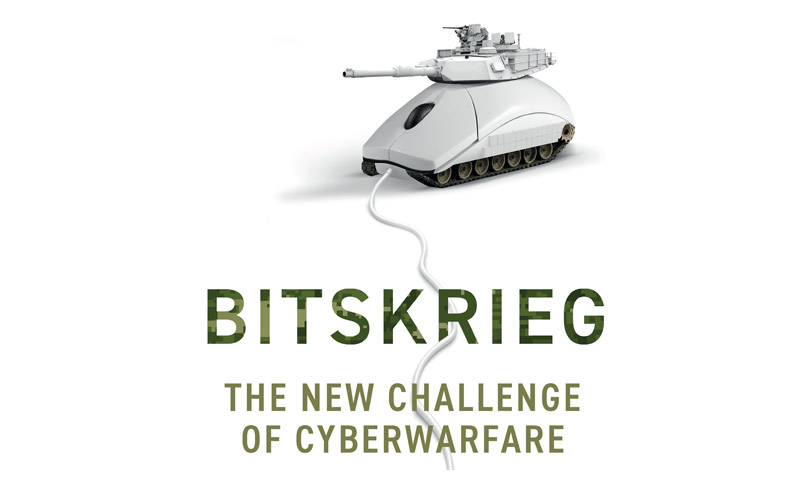 NPS Distinguished Professor of Defense Analysis Dr. John Arquilla just released his latest book, “Bitskreig: The New Challenge of Cyber Warfare.” The work addresses the true nature of the emerging warfighting front of cyber operations, and what the United States can do to defend itself in cyber domain.

The German War Machine of World War II utilized a military tactic, known as Blitzkrieg, to create psychological shock and disorganization of enemy forces through surprise, speed and superiority in firepower. The German concept, which translates to “lightning war,” has been around – though under the earlier name Schwerpunktprinzip – since the Prussian military in the early 19th century.

In today’s day and age, Dr. John Arquilla, Distinguished Professor of Defense Analysis at the Naval Postgraduate School, believes Blitzkrieg is alive and well, but has evolved into a different form.

In his latest book, "Bitskrieg: The New Challenge of Cyberwarfare," Arquilla talks about how the art of warfare has changed over the past decade. He believes that the next generation of combat will be won with bits and bytes guiding the bullets and bombs.

“New technologies are changing how we protect our citizens and wage our wars,” said Arquilla. “Among militaries, everything taken for granted about the ability to maneuver and fight is now undermined by vulnerability to ‘weapons of mass disruption:’ cutting-edge computer worms, viruses, and invasive robot networks.”

Arquilla, a world-renowned expert in cybersecurity, has spent the last 30 years researching all things cyber warfare. Nearly three decades ago, he wrote an article dubbed “Cyber War is Coming,” and now, he says it is upon us.

“We're dealing with it every single day in terms of ransomware attacks, the theft of intellectual property, infrastructure vulnerability, as well as increasing impact on the potential for military effectiveness,” he continued.

The book covers a wide array of topics, from the potential weaknesses in cybersecurity to how we, as a nation, can improve our defenses against any cyberattacks.

“I spent quite a bit of time and research to get to the subjects that the book addresses, which include not only the military dimensions of cyber war, but also these questions of what I call strategic crime - ransomware, and intellectual property theft - but also the use of cyberspace or political warfare, as in trying to disrupt elections not just in the United States, but in any liberal and democratic societies.

“In fact, I think of cyber war as a kind of a ‘weapon of mass disruption’. We spent many decades worrying about the mass destruction of nuclear weapons. Now we have to worry about mass disruption with cyber weaponry,” he continued.

Arquilla believes his time at NPS has been invaluable, and thinks everyone, not just the Department of Defense, benefits from the work being done at the university every day.

“We have just tremendous opportunities for those of us on faculty here at NPS to be in a university research setting in which virtually every professor is thinking about the questions that bear upon national security,” he said. “I can talk to an information scientist or computer scientist or an electrical and computer engineering faculty member about any question I might have.”

NPS has “proved that it is on the leading edge in virtually every aspect of cyber affairs,” he added.