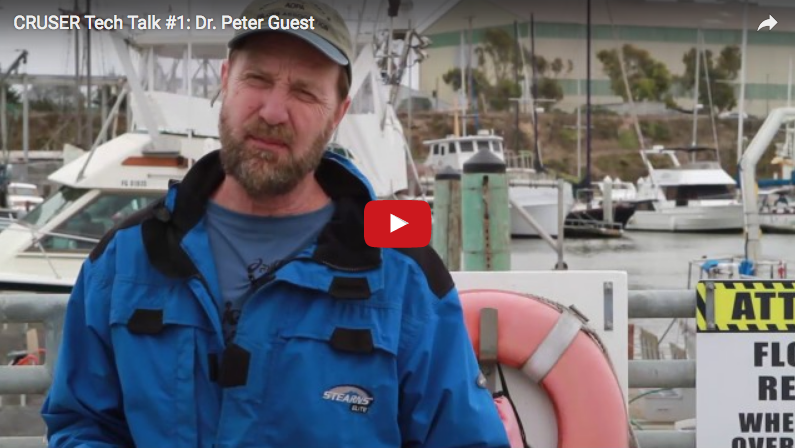 Professor Peter Guest with the Naval Postgraduate School’s (NPS) Department of Meteorology has been employing quadrotors, small unmanned aerial vehicles, to measure the various atmospheric conditions that affect the Navy’s ability to operate throughout the world’s oceans.

“It is crucial to understand how the atmosphere is affecting electromagnetic signals. In particular, you need to be able to build a profile of the temperature and humidity. We can measure those at one level from a ship pretty well, but it is harder to determine what is going on above the ship,” said Guest.

Using electromagnetic radiation in its various forms, including radio waves, light and infrared, is increasingly important to the Department of Defense and of particular interest to the Navy.

“All radio communications use a type of electromagnetic radiation, as do radar and jamming systems that ships use to disrupt enemy communications,” explained Guest. “[EM radiation] is also used in electronic surveillance to listen to or identify when an enemy turns on their shipboard radar or other EM systems.”

And while the term EM radiation may carry with it a foreboding connotation, in truth, it is a term that describes any number of radio waves that we use both consciously and subconsciously to interact with the world around us.

“When you look out the window what you see with your eyes is a form of electromagnetic radiation. Maximizing the effectiveness of our EM systems is very important to the Navy, and will become more important in the future as we depend more and more upon the remote sensing of targets to protect our forces,” said Guest. “You can’t just look out the window anymore [and engage a target]. We have to be able to reach beyond.

“Future conflicts may be fought as much in the electromagnetic space as in real space,” continued Guest. “This is an important part of our future Navy.”

So what does EM radiation have to do with the weather, and how does the weather effect it? It turns out quite a bit.

“The atmosphere has a great effect on a lot of these types of electromagnetic transmissions, and the effects vary depending on the frequency that you are operating in,” Guest said.

One of the major weather effects that Sailors operating in the EM spectrum must contend with is refraction, the bending of radio waves by atmospheric conditions.

“If you have a moist marine layer, like we do here in California, and dry air up above it, it is going to bend radio waves downward toward the surface in a process known as ducting,” said Guest. “The radiation can stay in that duct, go way over the horizon, and have a dramatic effect on radar detection. Sometimes it's a bad thing, you can have your radar set for 100 kilometers and the ducting conditions may allow you to see something 200 kilometers away, giving the illusion that a target is closer than it really is.”

Another kind of ducting happens right at the surface and is caused by evaporation. 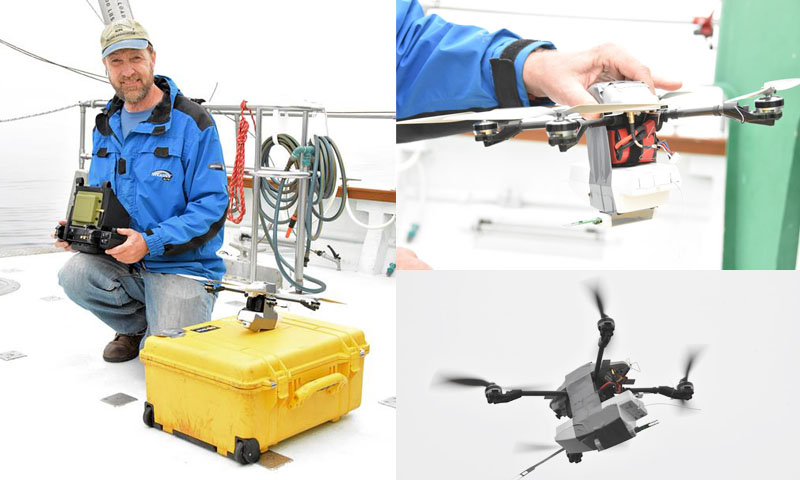 NPS Professor Peter Guest prepares to launch a quadrotor loaded with various sensors from the deck of a research vessel. Guest is using the small unmanned aerial vehicles to make precise weather measurements that will help the Navy both understand and leverage the effects of weather on the electromagnetic spectrum.

“When you have high humidity, evaporation can make higher frequency waves, such as, microwaves, bend downward. These are important effects that the military really needs to consider,” Guest said.

What this equates to for Guest, and others contributing to work in this area, is increased “battlespace awareness.” As both friends and adversaries develop smarter technologies, including more accurate missile and guidance systems, the ability to see and to avoid being seen has taken on ever greater importance.

“You may also want to minimize your leakage of radiation so that your adversaries do not know exactly where you are … If you are on a ship, you want to know about these things. You need to know if the enemy can evade detection in a certain area and be able to move somewhere else,” said Guest.

In the past, meteorological information like that which Guest is seeking, was obtained by launching deck-side weather balloons from naval vessels. But in 2011, the Navy did away with its shipboard weather balloon program in an effort to save money and to cut down on deck space.

“The idea was that the Navy would rely upon weather forecast models, rather than balloons, to provide weather information. We have good models, but it turns out that our EM systems are affected by very fine detail humidity variations in the atmosphere and you really have to be able to measure things vertically every few meters. Models rarely provide that level of detail,” said Guest.

Relying upon models for the sort of detailed information that Guest is seeking is further hampered by the bandwidth issues common to vessels operating in some of the most remote areas of the planet and further complicated by distances between the weather sensors and satellites, that feed the models that naval vessels rely upon.

“The Navy needs to be able to make measurements from the ship itself … We need to have low-level detailed measurements. You can use kites to do that or tethered balloons, but you can’t really fly a kite from an aircraft carrier ... [That is why] I propose that we use small unmanned aerial vehicles to make these measurements.”

Guests is currently experimenting with a commercial-off-the-shelf quadrotor equipped with the same sensor packages that were once attached to Navy weather balloons. New developments in quadrotor technology, including the incorporation of GPS flight control systems, have rendered them user friendly for even novice pilots trying to land on moving ships on the open sea.

“What we want to do is fly up and down creating a profile of the atmosphere … I envision having one of these on every ship replacing the now discontinued weather balloons,” said Guest.