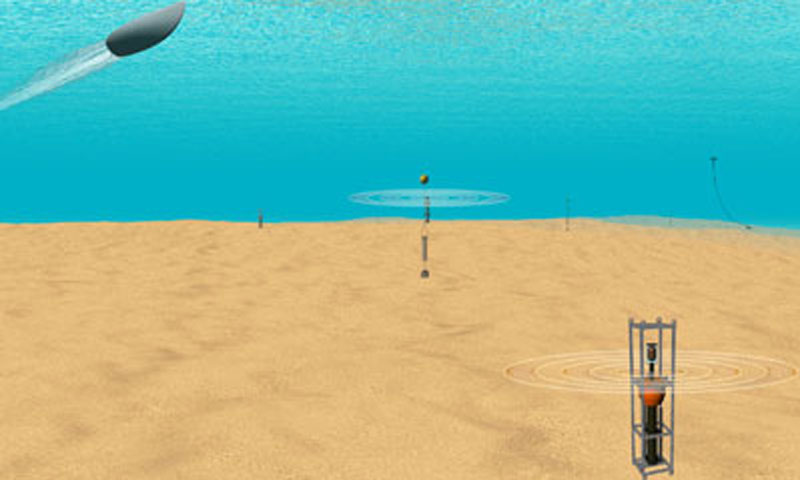 Through a decade of engineering experiments and sea trials in diverse maritime environments, NPS and its research partners have advanced the “Seaweb” system to a point where it now routinely demonstrates capability for maritime surveillance, anti-submarine warfare (ASW), oceanographic sampling, instrument remote-control, underwater navigation, and submarine communications at speed and depth.

“Seaweb is a realization of FORCEnet in the undersea battlespace,” said the program’s Principal Investigator and Physics Research Professor Joseph Rice.

The system uses through-water acoustic modems to interconnect a scalable quantity of underwater network nodes, linking them to a gateway node typically located at the sea surface. The gateway node is equipped with some form of radio modem permitting bidirectional real-time digital communications between the underwater Seaweb domain and distant command centers.

For example, in a 2001 Fleet Battle Experiment, a U.S. fast-attack submarine serving as a cooperative target for Seaweb ASW sensors was itself equipped as a Seaweb node. Thus instrumented, the submarine was able to access the deployed autonomous nodes as off-board sensors, and while transiting at speed and depth was also able to communicate through Seaweb with the command center and even with a collaborative maritime patrol aircraft.

“In effect, the Seaweb network served as a cellular communications and sensor infrastructure for the submarine,” Rice said. 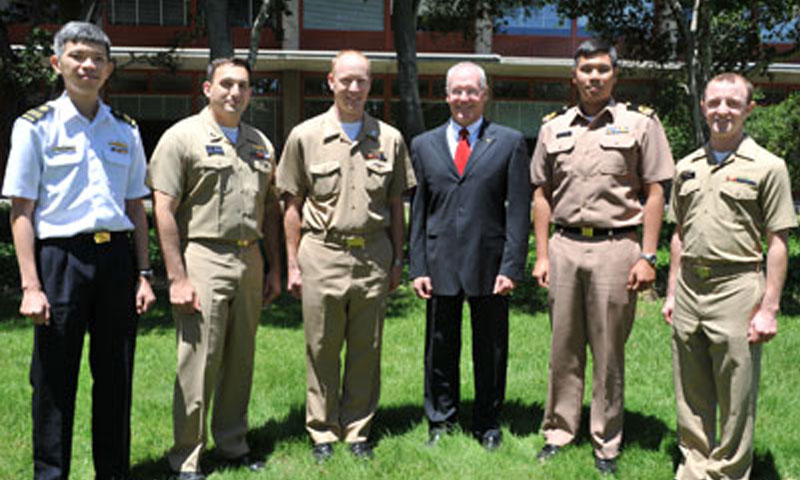 According to Rice, a major advantage of an undersea wireless network is the flexibility it affords mission planners and theater commanders to appropriately match resources to the environment and mission at hand. For example, fixed sensor nodes can be combined with mobile Unmanned Underwater Vehicle (UUV) nodes, which has been demonstrated in a number of Seaweb experiments. “The UUV can serve the fixed nodes as their deployment platform, their gateway node, or as a mule for delivering and recovering large volumes of data,” Rice noted. “In turn, the fixed network can support UUV command, control, communications and navigation.”

A further example of heterogeneous Seaweb networks is the combination of surveillance sensor nodes with METOC sensor nodes to improve the performance and relevance of both. The wireless architecture means that ASW sensors can be sparsely distributed to cover a wide area or densely distributed to create a tripwire or to monitor a chokepoint. In a current international project, Seaweb is interconnecting undersea sensors from NATO nations as a single integrated network.

Major attributes of Seaweb’s architecture are its low cost, its rapid deployability from a variety of platforms, and its ability to autonomously self-configure into an optimal network.  Through a build-test-build spiral engineering process and rigorous sea testing of diverse configurations of underwater sensors and Seaweb modems, the effort is honing the blueprint for an environmentally adaptive and energy efficient, expendable and cost-effective, bi-directional wide-area-coverage undersea communications infrastructure.

“Seaweb has now been exercised in over 50 sea trials,” Rice noted. “The system has proven to be effective in shallow waters such as the Intracoastal Waterway and in waters up to 300 meters deep off the coasts of Nova Scotia, San Diego, Long Island and Florida. It has been demonstrated in the Pacific and Atlantic Oceans, in the Mediterranean and Baltic Seas, in Norwegian fjords, and under the Arctic ice shelf.”

The experimental method involves stressing the network to the point of failure as a means of identifying and eliminating weaknesses. Recent multi-agency trials have engaged Seaweb at the front end of the “observe, orient, decide, act” (OODA) loop, where the networked in situ sensors enhance the commander’s maritime domain awareness and complement remote sensing assets.

Last year, Rice and his students completed a two-part “Bayweb 2009” experiment using Seaweb’s undersea communications technologies in San Francisco Bay.  The goals were to demonstrate the network architecture and test system performance, while measuring the strong currents around Angel Island using networked current sensors placed near the seabed and sharing these data with oceanographers. Partnering with NPS in Bayweb were the University of California, Berkeley; University of California, Davis; San Francisco State University; the Monterey Bay Aquarium Research Institute; SPAWAR Systems Center Pacific; the Office of Naval Research; and the U.S. Coast Guard.

Some current and recent contributions are:

“Due to the high levels of shipping and wind noise and flow noise from currents up to four knots, San Francisco Bay presented a challenging test environment and a learning opportunity for our students,” Rice said.

Some of Rice’s students are also working on a new “Deep Seaweb” project adapting the littoral Seaweb network to the deep ocean.

“It’s of utmost importance to the Navy to maintain submarine communications, but all existing communication methods are severely limited without compromising either speed or depth, or both,” said Operations Analysis student and submariner Lt. Andrew Hendricksen. “Once deployed, Deep Seaweb is the one option that allows stealthy, two-way submarine communications while maintaining both depth and speed. A number of sea trials have proven Seaweb works as a detection network, which can be expanded for two-way communications with undersea assets – submarines and UUVs – in the deep ocean.  My thesis research is developing an algorithm that can show the best places to put it to get the coverage you want to achieve the purposes you want for sub detection, sub communications, tsunami warning, etc.”

“It’s great working with Professor Rice because he’s a research professor who’s really involved with the ASW community and the system commands, so you get to meet and work with many of the top people in those communities,” Biediger added.  “What I learned will be of great benefit to my future career as an engineering duty officer, especially on the acoustics side, as very few universities have acoustics programs and the Naval Postgraduate School is unique in acoustics with naval applications.” 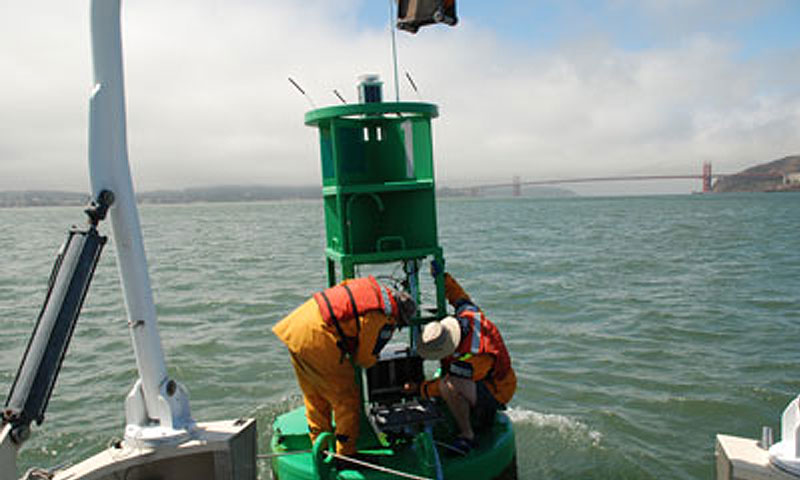 “A goal is for Seaweb technology to support the operational community,” Rice stressed.  “In the shorter term, next year we’ll be testing against a cooperative diesel-electric submarine in the Mediterranean Sea in preparation for NOBLE MANTA 2012, the annual NATO antisubmarine warfare exercise.”

The NPS Seaweb program’s primary sponsor is the Office of Naval Research, with additional support from the Office of the Secretary of Defense