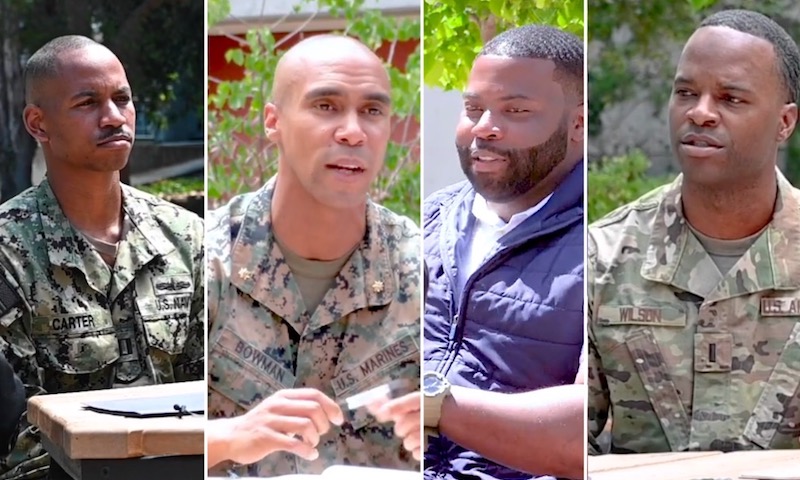 As the nation struggles with combating inequality and bias, opportunities for engaged dialogue that delves into these challenging topics have become a high priority for leaders at all levels.

At the Naval Postgraduate School (NPS), a U.S. Navy command and an institution of higher learning, campus leaders in the faculty, staff and student body are not only looking for ways to improve the environment on the university campus, but also seek a broader role … One where the institution can leverage its education mission to be a catalyst for change in the naval services and for the country.

With this notion in mind, university President retired Vice Adm. Ann E. Rondeau invited a group of students to participate in a candid conversation to hear their concerns and encourage similar conversations about race, and the importance of inclusion and diversity. The interview – the third in a forthcoming webcast series titled “Listen, Learn, Lead” – has been released ahead of schedule as a podcast to support and expand the dialogue desired across the NPS campus and in our communities. 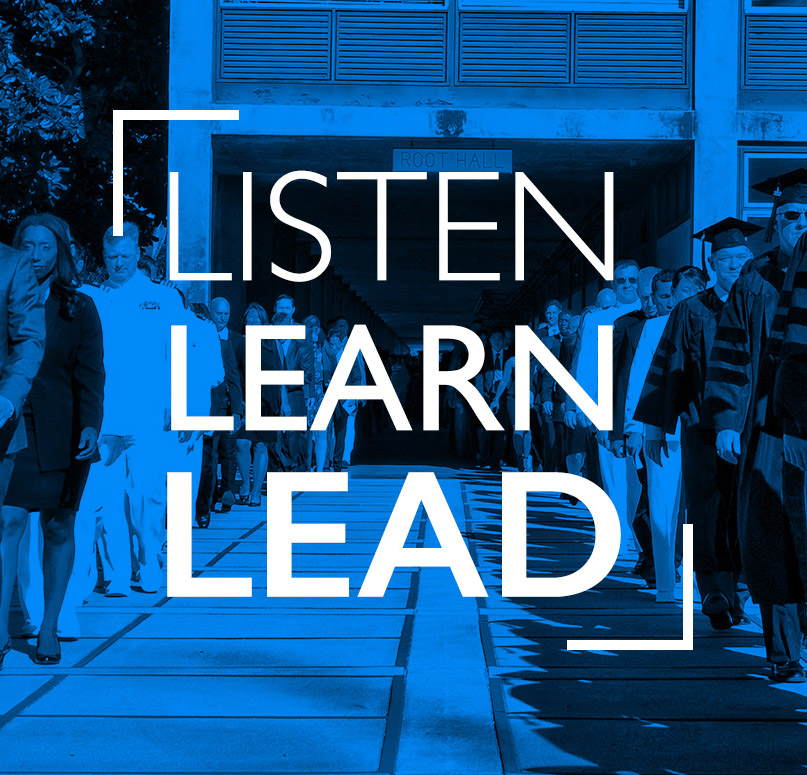 Diversity, race and bias, and how the university can become an agent of change.
Listen, Learn, Lead: June 12, 2020

“I brought together four of our outstanding students to talk about this historically difficult topic with greater urgency and determination, one that must be a topic for all leaders … inclusion, diversity and the issue of race that has been at the center of our nation's pain and anger,” said Rondeau. “I wanted to listen and explore with them how we in the military, and how we as leaders, can do more to understand concerns they have and discuss ideas together to make real change.”

During the discussion Bowman said, “[NNOA] is an opportunity for the sea services—the Navy, Marine Corps and Coast Guard—to engage with each other as peers, engage with leaders, and engage with their local community. We've been able to talk to each other about what's going on as well as issues and concerns that students are having.”

After a brief explanation of the NNOA's accomplishments and community contributions, Rondeau asked the four officers what they want people to hear, to understand and remember amid the racial tension dominating our national narrative.

“What I would like to see the most is just the continued dialogue,” said Wilson. “People to treat each other with dignity and respect. It's knowing that I can enter the room as the sole black officer and feel comfortable because I know that my brothers and sisters-in-arms respect me as an individual and as a black officer.”

“I truly believe that all people, based on their experiences, carry their own bag of rocks,” Wilson continued. “It doesn't matter what color, creed or sexual orientation that you have. Everyone has a bag of rocks based on personal experiences, and I think it's time right now to start sharing those experiences so that we can start respecting each other as individuals, as brothers and sisters.”

“How we see unconscious bias is that everyone, because of those bags of rocks that they carry, comes into a conversation with their own kind of preconceived notions from their own beliefs, backgrounds and experiences,” said Thomas. “If you look at a person for the color of their skin as opposed to say, their uniform, that unconscious bias can lead you to believe or make decisions that you really don't pay attention to. That could negatively affect someone or cause them to consciously exclude someone from an activity.”

Rondeau then asked how these leaders can engage each other to address this and change behaviors about it – whether within a command, an entire community, or beyond.

“I think the military has an opportunity to have this dialogue and have it show what right looks like for the rest of the nation,” said Bowman. “We have the opportunity to sit down and lead our Marines, Sailors, Airmen and Soldiers and have these very open conversations to ask, 'What does this mean to you?'

“We are courageous. We are type A by nature, and we have opinions and we want to make sure that we can go change the world,” he continued. “If we have that mentality … Then maybe we'll have the cognitive agility to think, 'Maybe I've been wrong. Maybe I haven't been looking at this from the right perspective. Maybe I do have these unconscious biases and have a chance to have the moral courage to look inside myself to have some introspective and change if necessary.'”

“I believe the biggest hurdle to equality is unexamined behavior,” added Wilson. “If we don't check ourselves and don't recognize that we are treating someone or a group of people differently, then there is no change. I challenge everyone to check themselves and think about how they are treating and responding to others in every situation.”

In closing, Rondeau thanked the students for participating in the discussion. Moving forward will take a collective and inclusive team approach, she said, but leaders are essential and she thanked each of the four students for stepping forward.

“Here's my commitment to you … I will always ask why, but I will always also add how, because asking 'why' will get you to understand, but asking 'how' gets you to moving ahead,” Rondeau said. “I will also try to make the difficult conversations more normal. You have my commitment in making sure that NPS is a place that solves problems.”