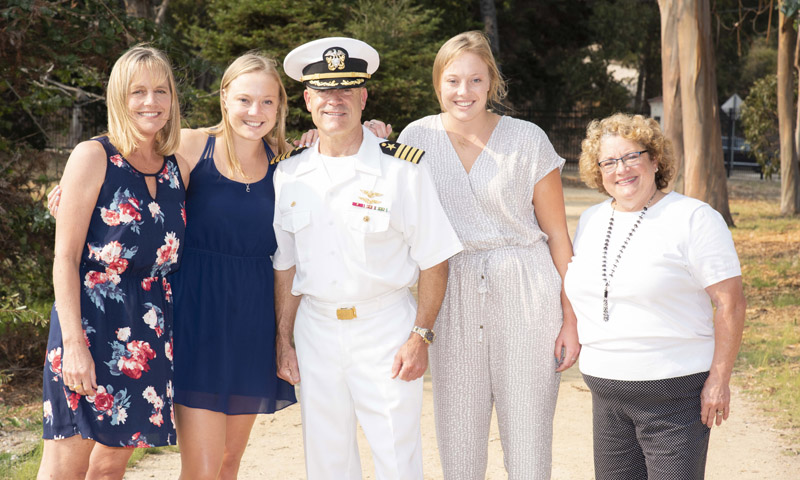 Bolivar pointed to his many accomplishments, including negotiating and managing $55 million in structural and interior renovations to Herrmann Hall, the biennial $15 million used for academic building improvements, and improving water and energy conservation, achieving the Secretary of the Navy’s Gold rating.

“You returned the Concert on the Lawn program during your tenure and participated in local events. Your continued engagement with city and county officials was exemplary to the Navy’s commitment and partnership with community leadership,” added Bolivar.

Asked what his immediate plans for retirement are, he answered, “Plenty of golf, duck hunting and squaring away a J-O-B!” Of course, most NPS students, faculty and staff will miss seeing Wiley traversing the base on his classic, chromed Razor kick-scooter.