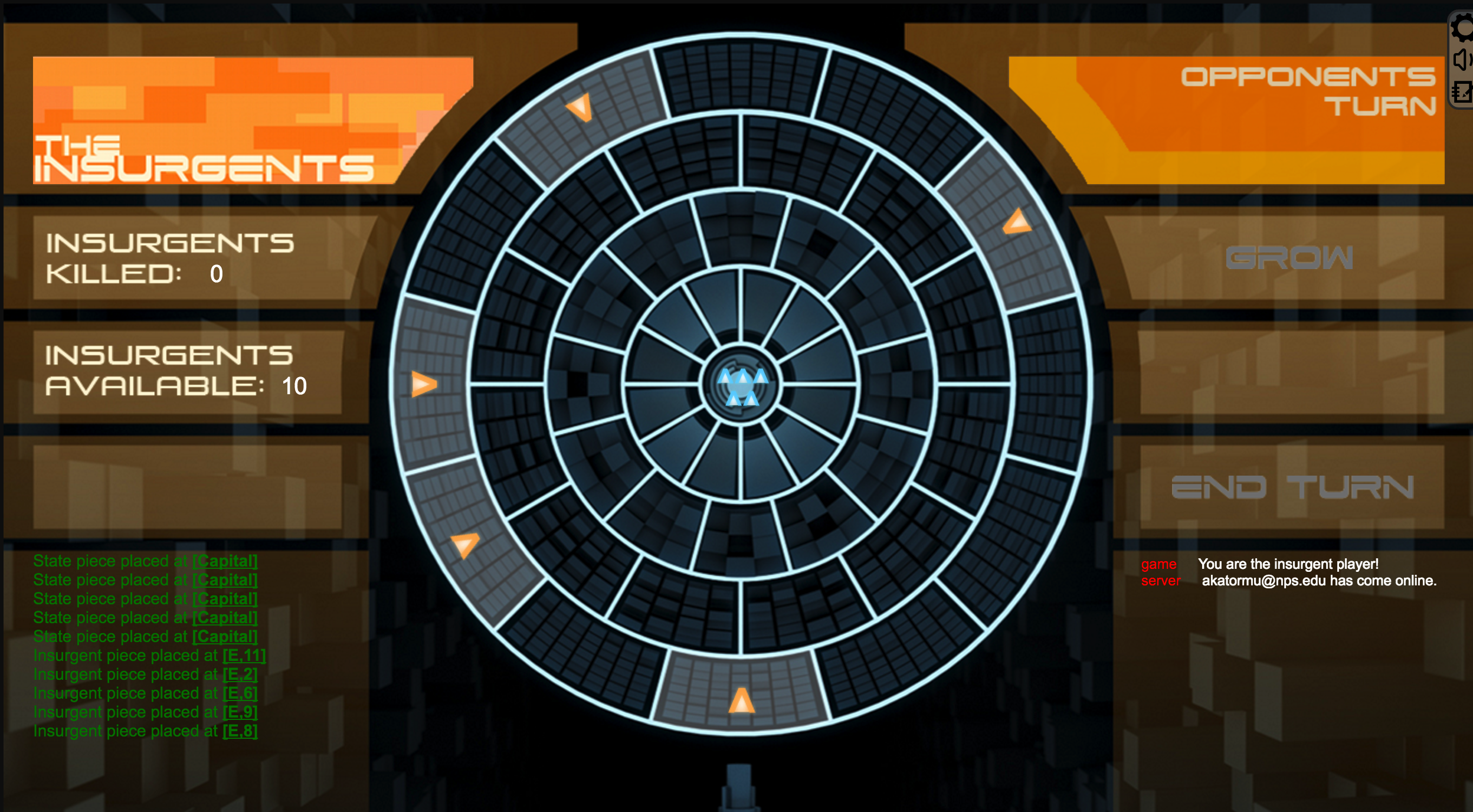 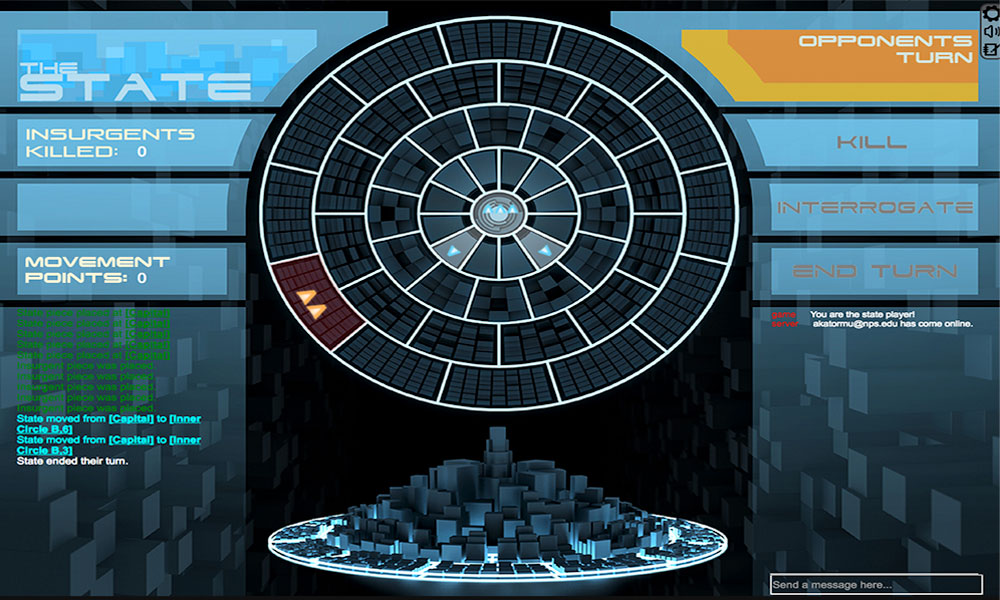 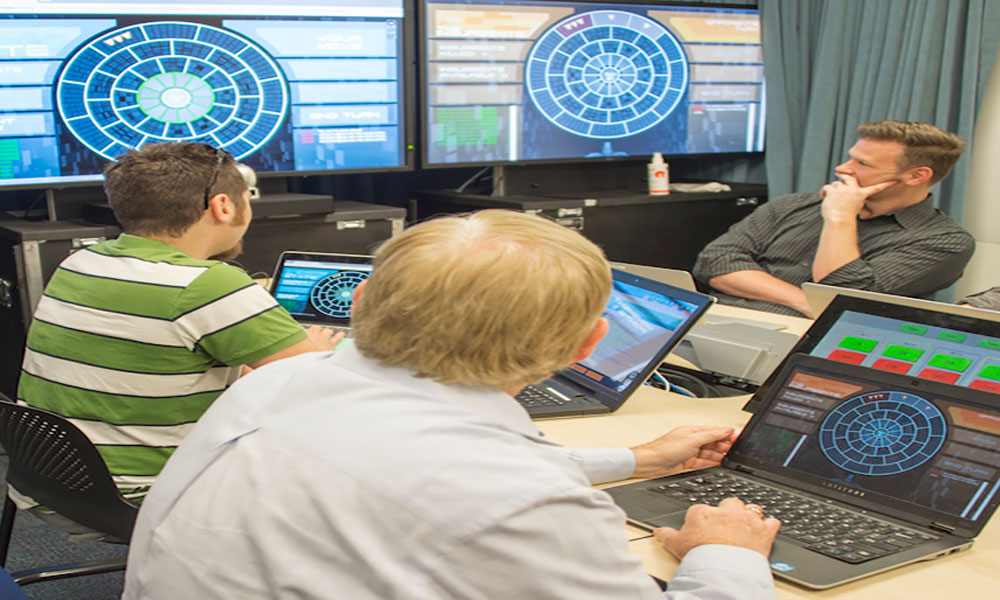 The map: The map is in the shape of four concentric circles, each divided into 12 spaces for a total of 48 spaces. Each space is marked with coordinates: a letter from A to D denoting which ring it is in, and a space number from 1 to 12. An "adjacent space" is one that shares a border with another space; therefore, a space could be adjacent to from four to six spaces, depending on where it is on the map. The single central space is called the Capital, and the ring of 12 spaces surrounding it is called the Inner Circle.

The game is played in player-turns. The Insurgent goes first, followed by the State player. If a player wishes he can always PASS – they does nothing and the other player begins their turn.