Strategic gaming exercises focused on the asymmetry of information, movement, and power
PLAY NOW
RETURN TO GAME CENTER
REPORT A BUG
CONTACT US ABOUT GAMES
Follow the Money - Video Template 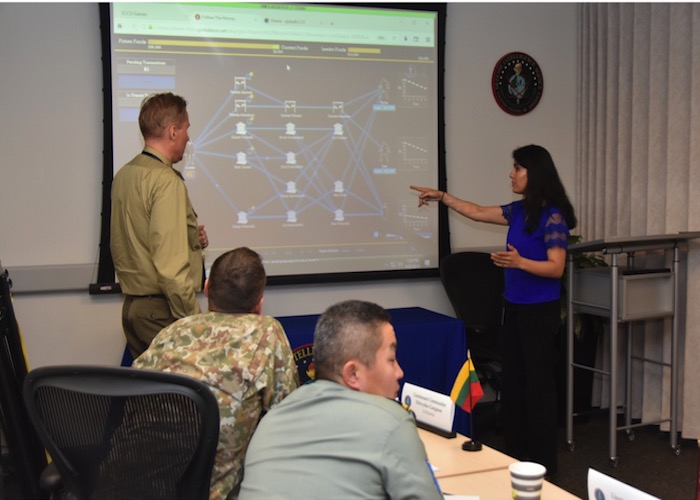 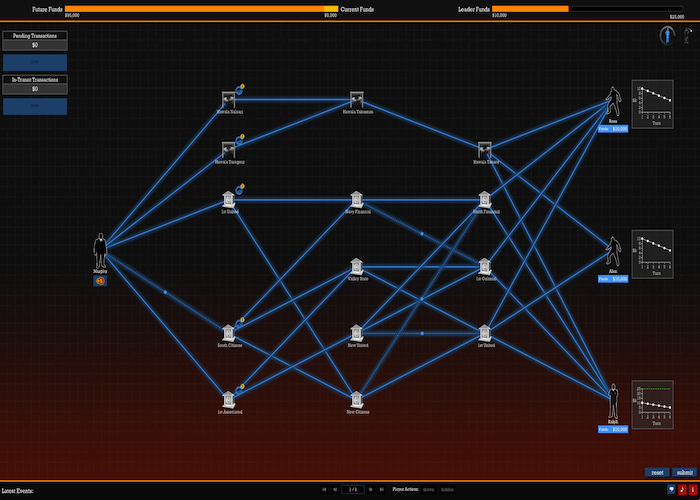 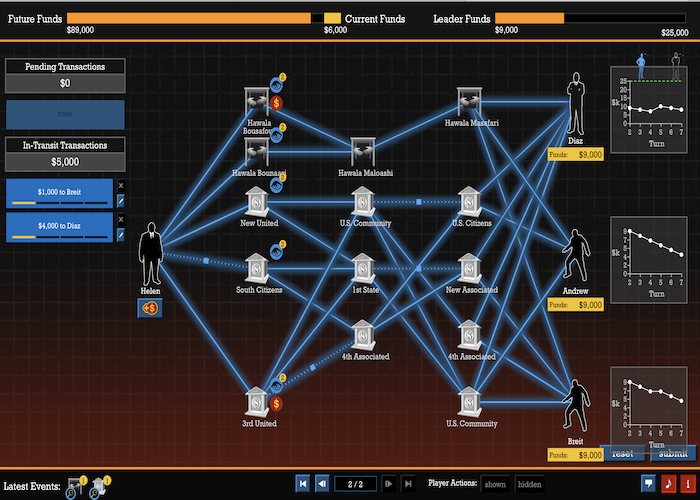 The network is made up of 2 types of nodes that never connect to each other: Hawala nodes and Bank Nodes. Dashed lines represent slower transaction routes that will take 1 extra turn for transactions to travel across.

The terrorist player must move funds from the financier to the operational cell of three terrorists.  One of these three is designated as the cell leader and must receive $25,000 for the terrorist to win. If the State can prevent enough money from reaching the terrorist cell, or has discovered and apprehended the terrorist leader, the terrorist event will be averted!PLAY NOW