The URL can point to any video file or a Youtube video. 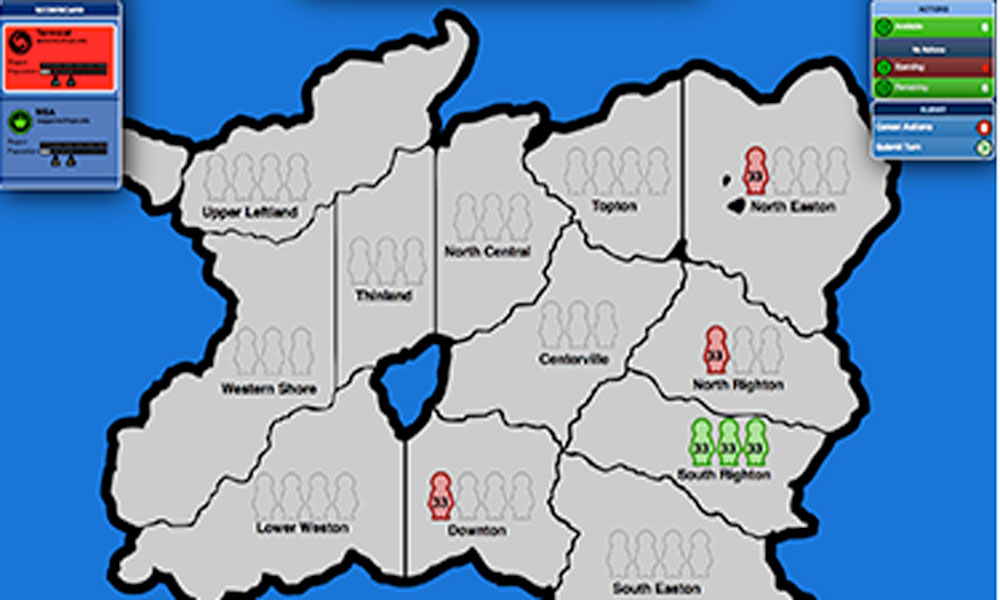 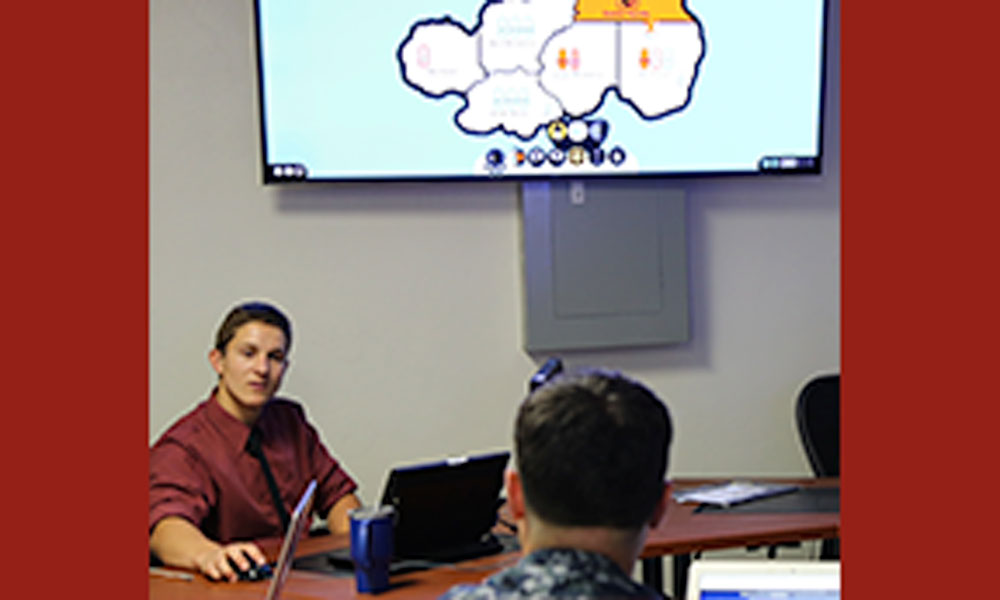 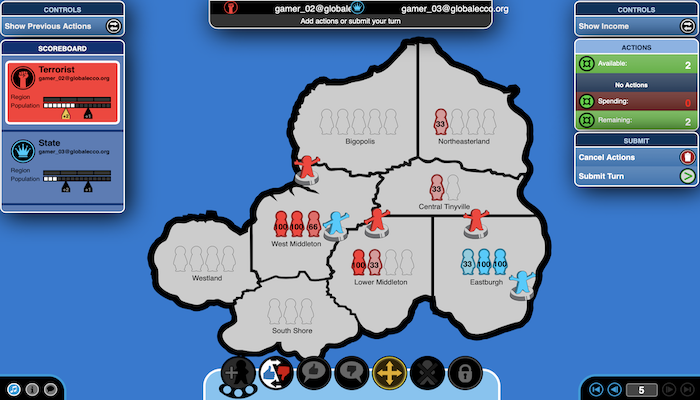 Contagion introduces players to how terrorists spread their ideologies and how states counter that with their own ideologies. Both sides try to gain as much popular support as possible, all while also denying their opponent support. With limited resources, players must choose whether to defend their gains against attacks or grow their support in new areas. They must also weigh the value of promoting their own message versus undermining their opponent’s message.

The player that controls a certain number of population segments or a certain number of regions wins the game. There are two different ways of gaining loyalty – sending agents to recruit in particular regions, or by conducting a messaging boost. Agents cost money to recruit and to upkeep, but are powerful in gaining loyalty. Boosts can take three forms: broad, regional, or local. Global boosts weakly affect every region; regional boosts moderately affect every region where the player has an agent; and local boosts strongly affect one region only. Boosts correspond to the methods used by states and terrorists to gain popular support. Depending on the player (state or terrorist), terrorist type (Marxist, Nationalist, Religious) and positive or negative boost, these are labeled as:

Regional control is not permanent. The opponent can counter the messaging and eventually seize control of the region. While the game is won by gaining sufficient popular support, players can also choose to take actions to undermine their rivals. For every agent placed or boost enacted, players can choose between a positive message, a mixed message (half the power of both positive and negative), or a negative message. Players must pay attention to their opponent’s actions and make strategic choices between expanding their own control or undermining their opponent’s loyalty, or a little bit of both.

Any player who controls at least four Regions or 15 individual Districts, wins the game. Since both players take their turns simultaneously, it is possible to end the game with a tie.