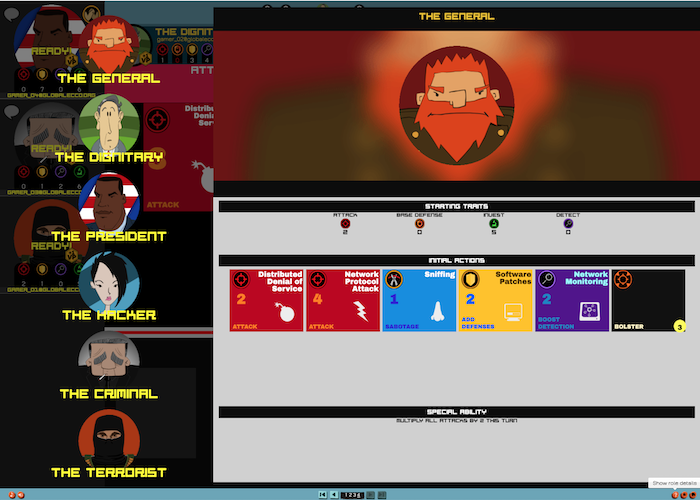 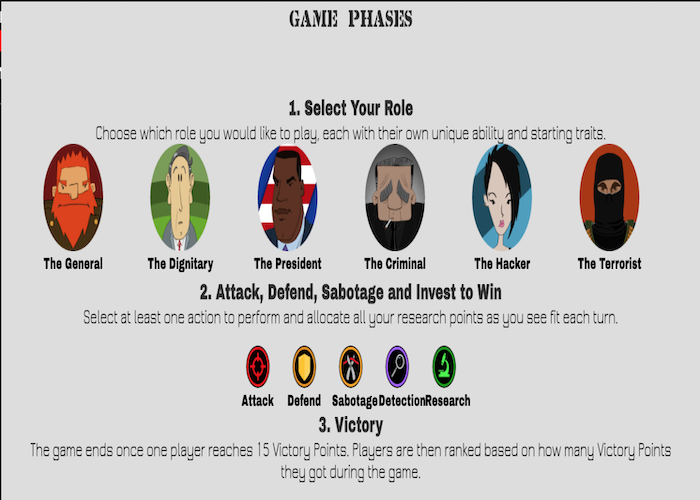 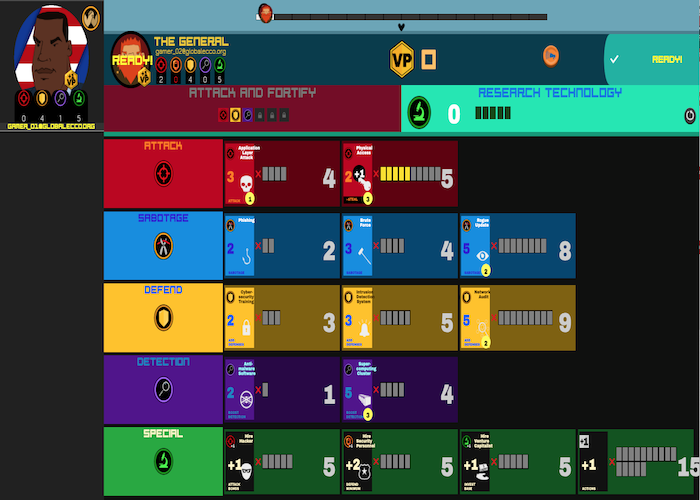 CyberStrike Advanced is a game for up to six players that simulates the complex strategic environment of cyber conflict. The roles available are as criminals, terrorists, hackers, or states, with each role having different capabilites. Players have to consider how their offensive capability matches up with their adversaries' defenensive capabalities, and vice versa; to strike opponents or invest in their own capabilities; to ally with others; to share information or not; and how they can deter future strikes.

The game is intentionally designed for thinking about the macro, strategic decisions in the cyber world. It does not require or teach any technical aspects of cyber conflict.

1) Players choose which role they would like to play, each with their own unique ability and starting traits.
2) Players then select at least one action to perform and allocate all their research points as player see fit each turn. Players can do the following:

The game ends once one player reaches 15 Victory Points. Players are then ranked based on how many Victory Points they earned during the game.