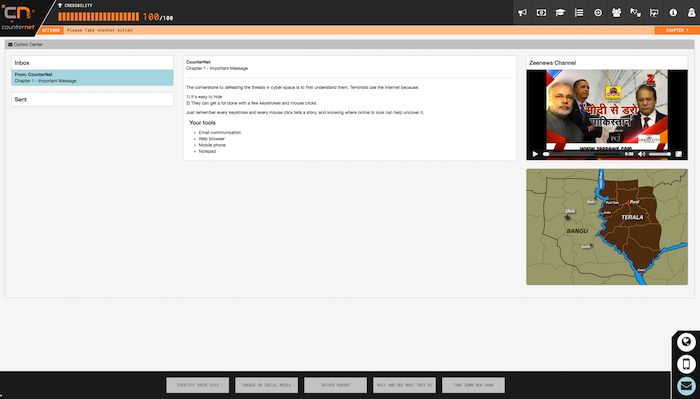 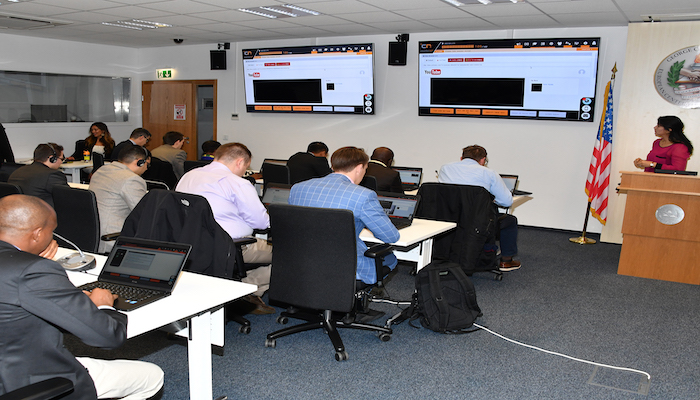 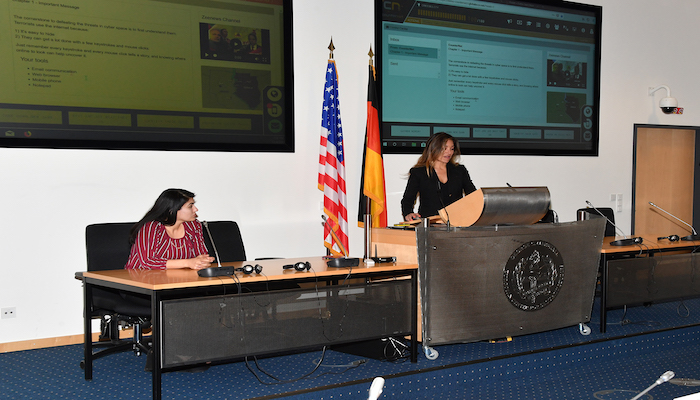 CounterNet is a single-player, web-based game focused on how terrorists use the internet and social media for various purposes, to include: propaganda, financing, training, planning, execu-tion of attacks, recruitment, incitement, radicalization, spreading public information, and for secret communication. The player is assuming the role of a government professional responsible for tracking and ultimately preventing an attack by a fictional eco-terrorist group. The actions they take have positive or negative effects on a series of ‘badges’ that they are trying to maximize. For example, taking counter-financing actions at the appropriate time in the game will increase the player’s counter-financing badge, and ultimately have a positive effect on the overall score.

The game is broken into 10 chapters in which the player must identify and assess new information through various online outlets such as Email, Instagram, Vine, YouTube, Twitter, Financ-ing websites and more. The beginning of the game is focused on developing situational awareness by uncovering information about the eco-terrorist group (Terrala) and their outspoken, yet subversive leader (Subala). After discovering this information, they must develop a situational understanding as to the intent of the group and their motives. This is accomplished through activity monitoring online -banking, social media, planning. Once they have uncovered all information, they must take action and evaluate their effects through direct confrontation and interac-tion with the group and its members. The game is similar to a choose-your-own-adventure experience. Players take action that takes them down a certain path of the game and results in a series of effects. If they chose correctly, they progress through the narrative and ultimately thwart the terrorist attack. If they fail, they are given an opportunity to retry, but ultimately lose ‘points’ (i.e. credibility) that affect their final score, and potentially the game.