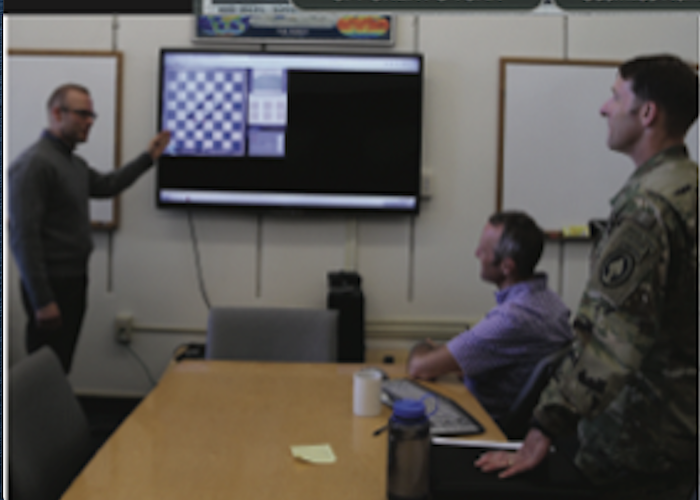 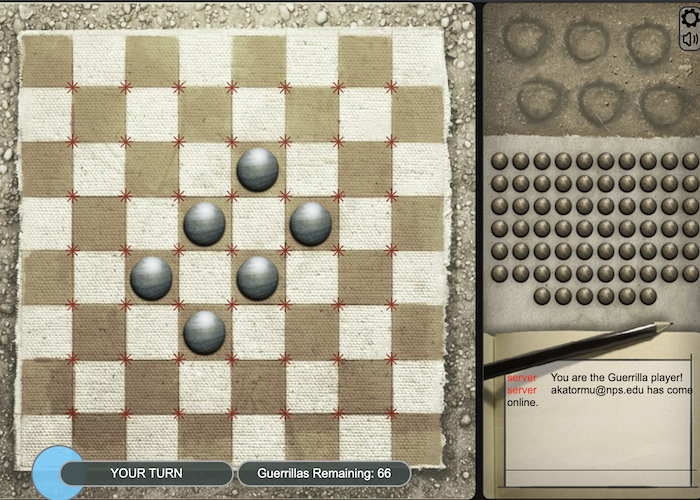 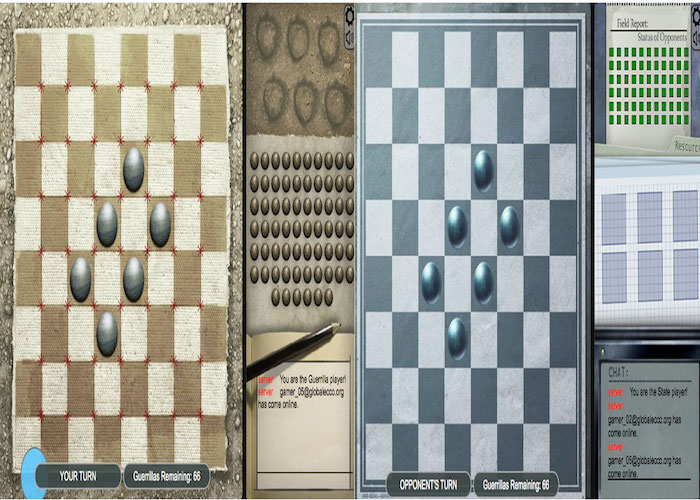 The game uses a standard checkerboard (8x8 grid), with six state pieces starting in the center of the board. The state moves one piece  each turn and can move its pieces diagonally, like in Checkers. The guerrilla player starts the game by placing two of its pieces on the intersection points between the squares. Every turn the insurgent places another two pieces. The state player captures the insurgent pieces by jumping diagonally over them.  Importantly, once the state player starts capturing pieces, it must continue to do so until there are no more guerrilla pieces to take by the moving state piece. The guerrilla can capture a state piece by placing its own pieces on all four corners surrounding the state piece.

Besides highlighting the asymmetric nature of conflict, this game also reinforces several themes from insurgency and counterinsurgency.  For the state, clustering too many pieces together can be dangerous, as are the outside edges of the board. The guerrilla has more forces, but they are weak and must isolate and trap the state pieces to capture them. With pieces moving and fighting differently, both sides must develop their own strategy while also understanding how their opponent is playing.