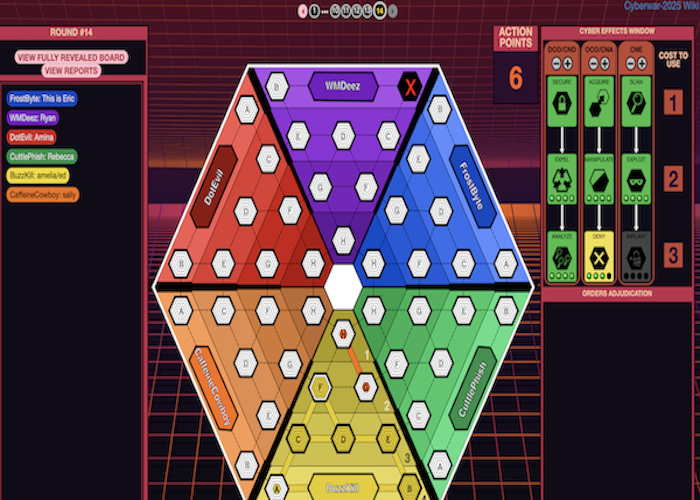 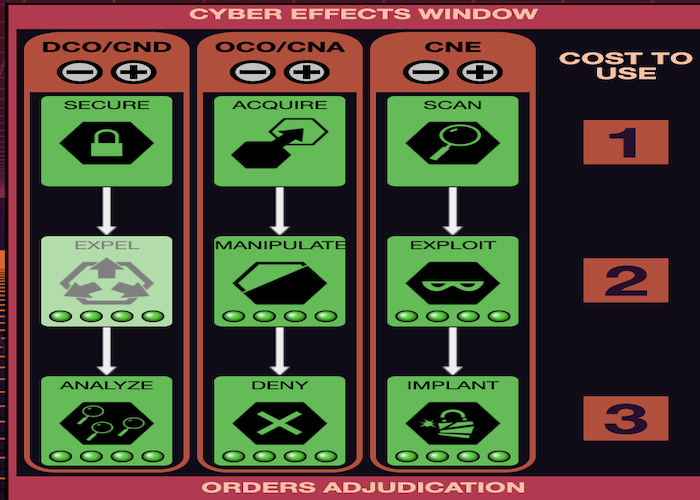 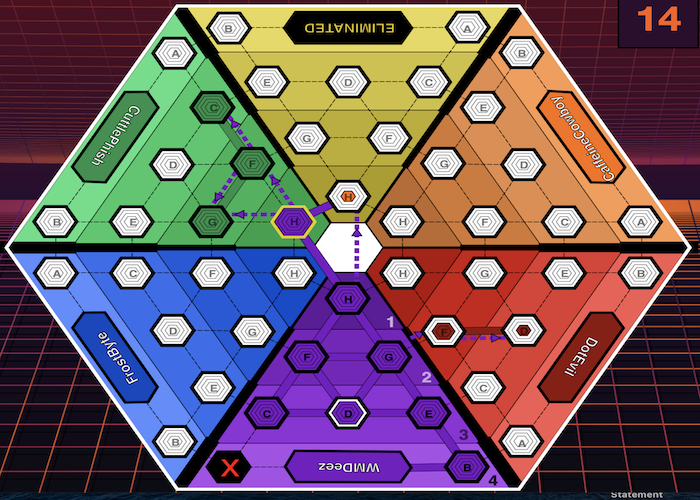 CyberWar:2025 was developed to be played by students with no prior education or training in cyberspace operations. Players with cyberspace operations experience can also use CyberWar: 2025 as a refresher opportunity to increase understanding of strategic cyberspace concepts. The objective of the wargame is to stimulate, build, and increase the players’ knowledge base while they gain experience in planning and practical application of cyberspace operations such as Defensive Cyberspace Operations (DCO), Offensive Cyberspace Operations (OCO), and Computer Network Exploitation (CNE). CyberWar: 2025 allows for use as a stand-alone education and training aid; however, it is intended for use as a practical exercise section of an educational course or refresher training prior to a major staff exercise.

The dominant strategy to win is to efficiently employ Computer Network Exploitation Effects (CNE) cyber effects against opposing players. There are three main reasons why CNE is the dominant strategy. First, opposing players have to use action/research points to scan or analyze their server nodes to reveal hidden players on their network. Second, Offensive Cyberspace Operations Effects (OCO) and CNE effects can be launched to any adjacent server node that is covertly occupied. Lastly, any server point that is covertly occupied by one or more players is an action point gained by those players, even if an opposing player overtly controls that server point. In CyberWar:2025, the CNE cyber effects developed and defined are scan, exploit, and implant. Both scan and exploit fall into the actual classification of CNE. However, the implant effect is a hybrid between OCO and CNE because its closer relationship to that of both degrade and deny effects than that of probing and reconnaissance effects. It was decided to choose to keep implant as a CNE cyber effect because of its force multiplier ability that enables other cyber effects in the wargame such as exploit, acquire, manipulate, and deny.