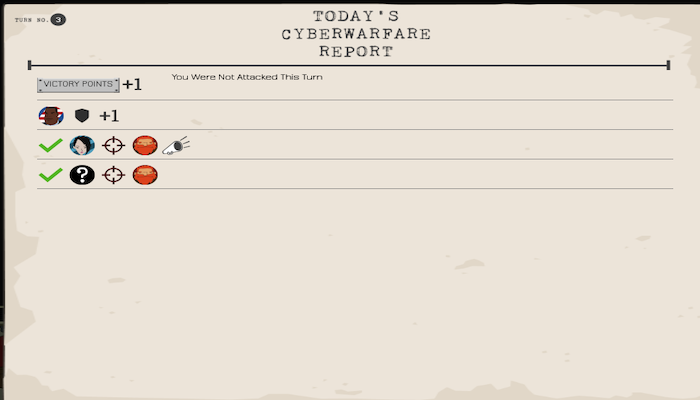 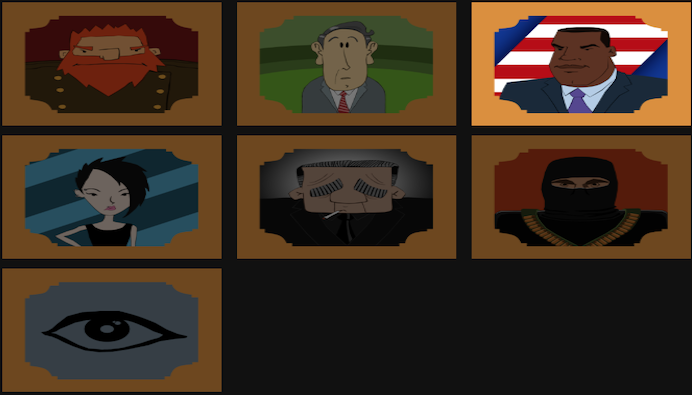 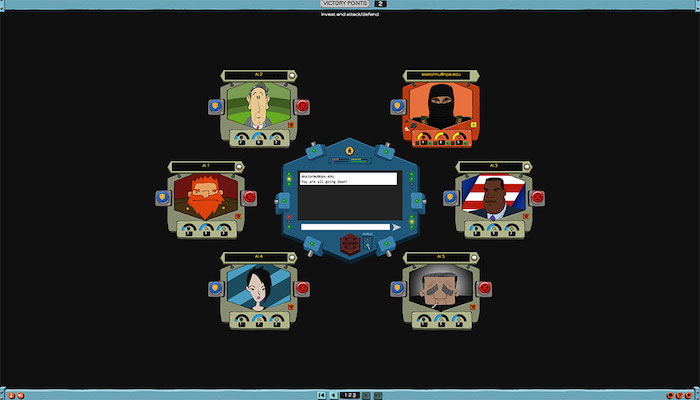 CyberStrike is a six-player game that simulates the complex strategic environment of cyber conflict.  Players can play as criminals, terrorists, hackers, or different types of state actors, with each role having different capabilities and goals.  Players have to consider how their offensive capabilities match up with their adversaries' defensive capabilities, and vice versa; whether to attack opponents or defend against them; whether to retaliate against attacks, particularly if the perpetrator is unknown; whether to invest in offense, defense, or detection capabilities; whether to ally with others; whether to share information or not; and how they can deter future attacks. The game is intentionally designed for thinking about the macro, strategic decisions in the cyber world.  It does not require or teach any technical aspects of cyber conflict.

A player wins by amassing points rather than by defeating a particular adversary. This design rewards a range of activities: striking the right balance between offensive, defensive, and deterrent strategies and capabilities; choosing where to invest resources; intelligence gathering; alliance building; and managing communications. The game is designed to encourage thinking about cyber space at the strategic level rather than the technical/tactical level, and does not require or teach any technical aspects of cyber conflict.