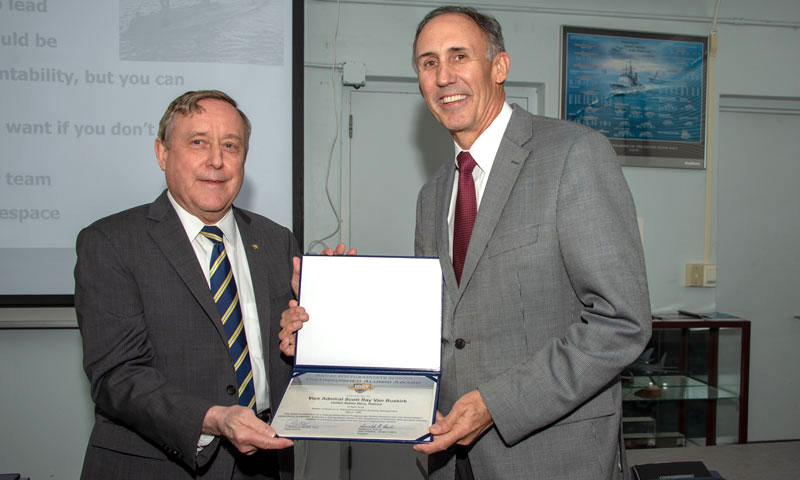 Retired Vice Adm. Scott R. Van Buskirk was presented with the NPS Distinguished Alumnus Award in Spanagel Hall, April 19, in recognition of his extraordinary leadership, distinguished career in the Department of Defense, and valuable support to the NPS community.

Van Buskirk expressed gratitude and appreciation after receiving the award while speaking to several current NPS submariner students about leadership and the future of the silent service, giving anecdotes and advice gathered from a lengthy and successful career.

“I wanted to share some things I have learned through my experiences and have had the chance to reflect on along the way,” said Van Buskirk. “We really are part of a great organization. Not just the submarine force, but the entire Navy is doing some really great things out there. I wish you all well during your time here and as you return to the fleet.”

Today@NPS showcases some of the speakers, conferences, experiments, lectures, and other events that take place at the Naval Postgraduate School on a daily basis. If you would like more information about any of the highlighted activities please contact the Office of University Communications at pao@nps.edu.
April 2018 Title