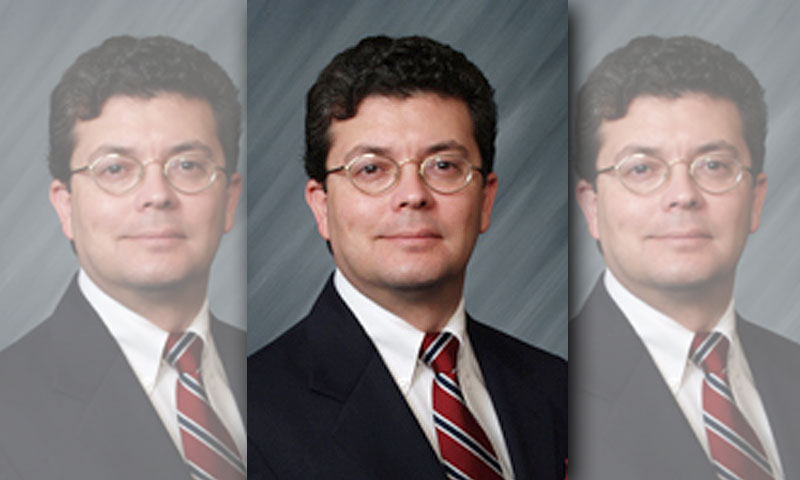 Associate Professor Rene Rendon of the Graduate School of Business and Public Policy (GSBPP) has been named the 2010 Richard W. Hamming Teaching Award winner, announced by Provost and Executive Vice President Leonard Ferrari on Sept. 8, 2010. Rendon was recognized for his exceptional teaching skills and commitment to interdisciplinary scholarship.

During his six years at NPS, Rendon has served as primary advisor on 48 theses and MBA projects, and has advised 100 students on projects from a total of nine different curricula - including two from outside GSBPP.

“[The students] recognize his academic and professional expertise as well as his selflessness in working with them to produce quality work,” said Ferrari.  “His door is always open to students, who are frequently seen in his office discussing their research projects.”

Dr. Hamming dedicated his life to teaching and research, specifically in the mathematics, computer science and telecommunications fields of study. As a mathematician, he served on the Manhattan Project and worked for Bell Telephone Laboratories.  Dr. Hamming taught at NPS as an Adjunct Professor from 1976 through 1997.

Professor Rendon will be honored during the upcoming Quarterly Awards Ceremony scheduled for tomorrow, Sept. 14, at 3:00 in King Auditorium.