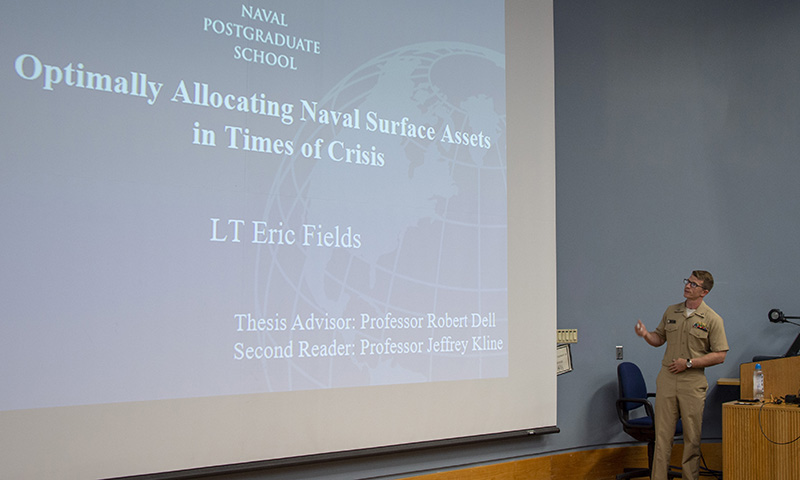 “The MORS/Tisdale Award recognizes quality thesis work performed by students within the OR Department and has a near-term benefit to the United States or its allies,” said U.S. Navy Capt. Brian Morgan, program officer.

Following the detailed presentations, and extensive deliberations, a panel of faculty judges selected Fields as the winner of this quarter’s MORS/Tisdale award for his thesis, “Optimally Allocating Naval Surface Assets in Times of Crisis.”

“I wanted to come to NPS to work on a thesis that was meaningful to me, but could also be meaningful to the Navy itself,” said Fields, who will earn his master’s degree in operations research on Sept. 21. “I’m just glad that the Navy is finding some use for the work that I did here.”