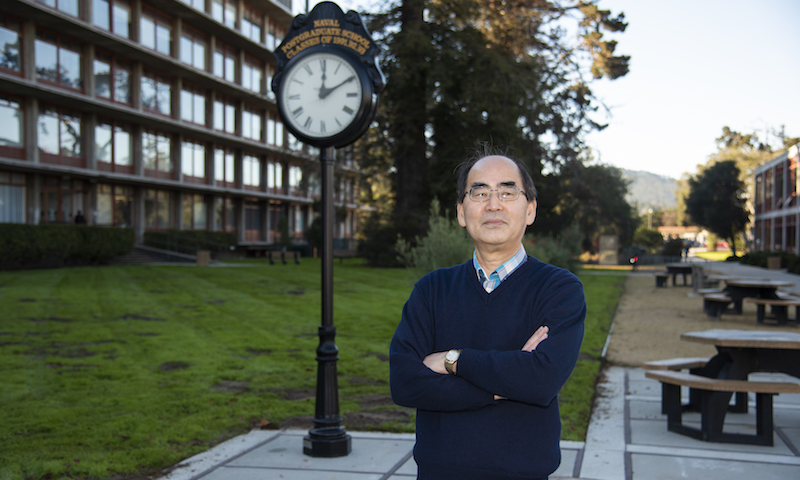 The American Society of Mechanical Engineers (ASME) selected Dr. Young W. Kwon, a Distinguished Professor in the Mechanical and Aerospace Engineering Department, for the annual S. Y. Zamrik Pressure Vessels and Piping Medal for his significant contributions to the pressure vessel and piping field.

“I really feel honored to be nominated for this award, and I am happy that my contribution has been recognized by my peers and others in the community,” said Kwon. “I received the recognition at NPS, but this is also recognition outside NPS in the technical community of ASME, so I’m happy about that recognition.”

The award will be presented to Kwon this July at the ASME Pressure Vessels and Piping symposium in San Antonio, Texas.

“This is the collection of my work,” said Kwon. “Rather than just looking at one project or work, this is a collection of everything, and how it has contributed to the technical field and society throughout my career. They recognized my research program in the field, as well as my education at NPS.”

Since arriving at NPS in 1990, Kwon has built a very impressive resume that includes a Certificate of Recognition for Outstanding Research, the Menneken Award for Excellence in Scientific Research, and a Commendation for Excellence in Teaching. He also received the Cedric K. Ferguson Medal from the Society of Petroleum Engineers while working at the Missouri University of Science and Engineering.

Kwon also realized that this recognition was not just one man’s doing. He knows that it is a culmination of not only those who have influenced him, but those he has influenced as well.

“I have to first appreciate my students,” said Kwon. “The students I work with are ingenious and hard working. They are very fun to work with and because of that, we are very productive and produce great outcomes which are not only used for the Navy, but also other technical communities. So I have to give credit to my former and current students, and hopefully to the future students too.

“Ever since I was young, I was interested in research and education,” said Kwon. “I want to work on something new, solving new problems, but also, I want to educate young people. That’s why I chose this career. I didn’t work solely for the award, that was not the goal, but it is nice to be recognized by my peers.”

NPS has not only helped further Kwon’s research, but it has given him a different perspective on his work and the education he provides.

“Working for NPS, I have a responsibility that I have to do something for the country,” said Kwon. “I have to educate students properly so that they can do their job for the country. What I am doing is going to somehow affect the national security of our country.

“Working for NPS, I feel a little more obligated to do something for the country because we are part of the DOD and government. Everybody has their own role to play in this country, but for us and the military students, we have to be at the forefront.”

While this award is another achievement in his honored career, Kwon knows there is more to do.

“I want to find a new problem so that can bring a new milestone to the community,” said Kwon. “That’s how I want to finish my career. I want to research something that no one else has worked on because that is very rewarding and important.”

The S. Y. Zamrik Pressure Vessels and Piping Medal was established in 1980 and is awarded for outstanding contributions in the field of pressure vessel and piping technology including, but not limited to, research, development, teaching and significant state-of-the-art advancements.