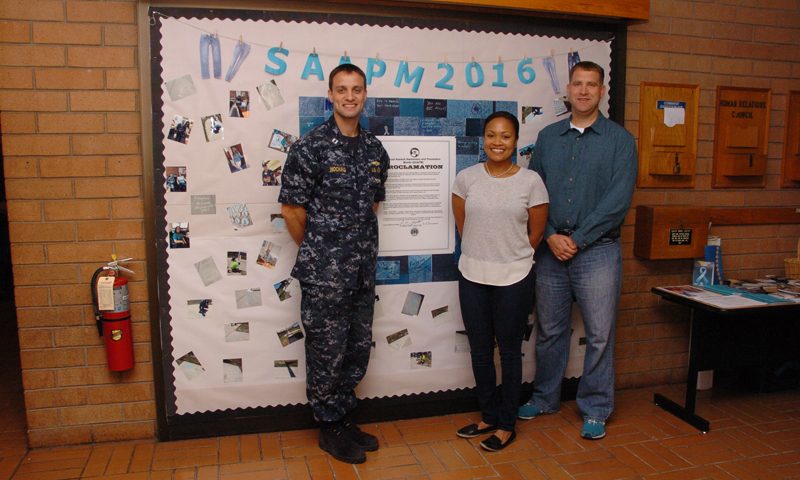 "I hope everyone today received a greater understanding of sexual assault awareness," said Respicio, FNMOC's Sexual Assault Prevention and Response Coordinator. "At FNMOC, we have a lot of new hires, so having an event like this helps them understand the program while promoting awareness."

The origins of Denim Day began in 1992 after an 18-year-old girl in Italy was sexually assaulted by her driving instructor. The perpetrator was convicted, sentenced to prison, but later appealed his sentence. The case went to the Italian Supreme Court in 1999, and the conviction was overturned based on the argument that the victim was wearing tight jeans which meant that she must have helped the perpetrator, thereby giving consent. Enraged by the verdict, women in the Italian Parliament came to work the next day wearing jeans in support of the victim.

The protest made its way to the United States, with the first Denim Day in the U.S. held in Los Angeles in 1999. Since then, it has been observed by a variety of businesses, schools and government agencies around the world. Throughout the month, FNMOC has held various SAPR events to include a chalk walk, teal Tuesdays, SAPR trivia and command training.

April 21, 2016
NPS Board of Advisors Gathers for Annual Spring Meeting