Remembering a Legend in Rotorcraft Engineering 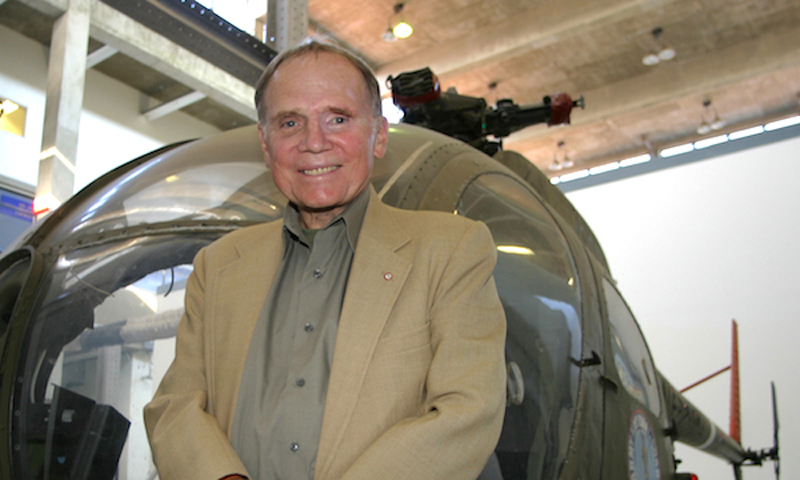 Remembering a Legend in Rotorcraft Engineering

NPS Department of Mechanical and Aerospace Engineering (MAE) Professor Emeritus Dr. E. Roberts Wood is pictured in front of an Army OH-6A helicopter he acquired for utilization as a research test bed during his time with the university's Department of Aeronautics and Astronautics. Wood passed away Saturday, January 23, following a lengthy illness.

Current MAE Chair Dr. Garth Hobson remembers Wood very well … In fact, Hobson says Wood was the department chair who brought him to NPS back in 1990, and was highly regarded for his groundbreaking achievements in rotary-wing aircraft engineering.

"He was famous for being the first to implement Higher Harmonic Control (HHC) in a flight demonstration while working at McDonnell Douglas Helicopter Co., then Hughes Helicopters, in Arizona in 1985," Hobson said. "He was very active in the AHS [American Helicopter Society] and also wrote the annual Vertical Take-Off and Landing (VTOL) summary of global technical developments for Aerospace America."

An Honorary Fellow in AHS International, Wood was a prolific researcher while on campus, and mentored countless students through their thesis research, resulting in several awards for the officers, and the institution.