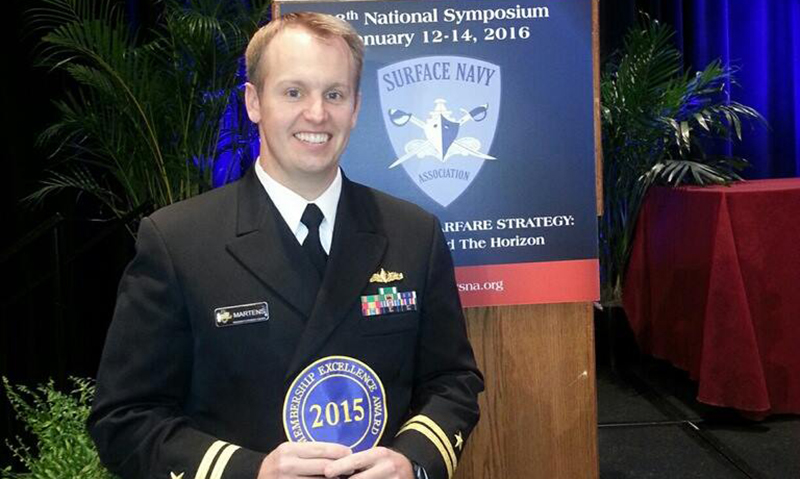 "It is truly an honor for our chapter to be recognized with this award. It is a testament to the support and engagement of the surface warfare community both on campus and in the local area," said Martens.

The SNA's Monterey Chapter has been engaged on a variety of levels throughout the year. They have offered everything from lectures to golf tournaments to bring the surface warfare community together.

"As a student at NPS, it is very easy to drift away from the current status of the surface community," said Martens. "Through a variety of formal presentations, our chapter has worked to maintain the 'pulse' of the fleet."

"SNA Monterey takes pride in being the only chapter to be run by lieutenants rather than senior officers," said Good. "It's really a means for SWO students on campus to congregate, share ideas, and stay grounded in their warfare community."