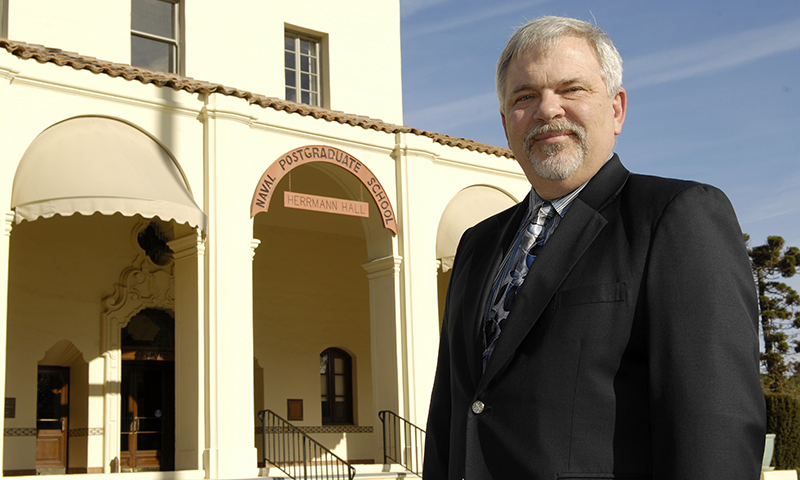 Dr. James Wirtz, Dean of NPS' School of International Graduate Studies, has been selected to receive the Distinguished Scholar Award from the Intelligence Studies Section (ISS) of the International Studies Association (ISA) at the organization's conference in March. Wirtz was nominated and selected by his peers for his service to ISA and his numerous scholarly contributions to the intelligence studies literature.

"It's a great honor to receive this award," said Wirtz. "I've been a member of the ISS for over 25 years … I was introduced to the ISA and befriended by senior scholars, taken under their wing and became an active participant in the ISA. I also served as section president for six years."

"The pace of technology, social and political change is accelerating … things were moving in 10 or 20-year intervals, but its getting shorter and shorter … Five years and things start to look dusty," said Wirtz. "ISIS wasn't around five years ago, and now we're going to go to a conference on how to deal with ISIS. We weren't writing about that five years ago. Change in itself is accelerating.

"At NPS, we deal a lot with the role of intelligence and strategy, how to create intelligence, how to use it, to improve the combat effectiveness of the U.S. military," said Wirtz. "We really are a combination of students who come fresh from the field bringing with them the latest operational experience, we have faculty who are experts in their respective fields that can help these students address these real time problems with cutting edge solutions."