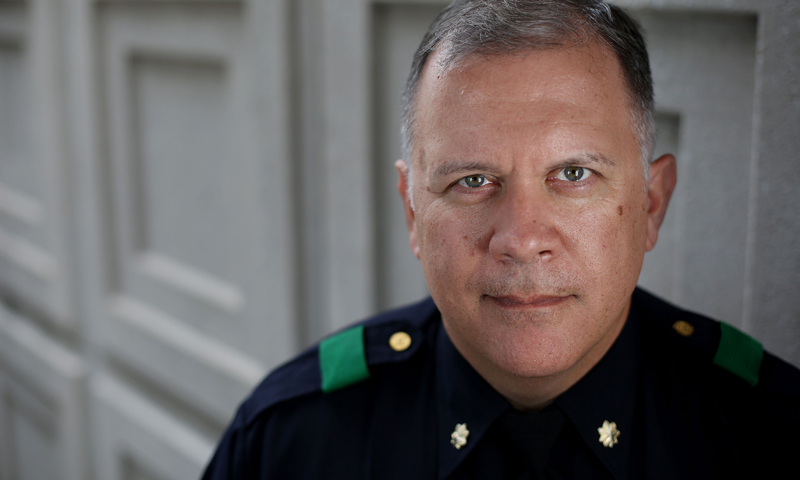 “From my analysis, I am able to provide strategic recommendations for city and police leaders in dealing with protests in the 21st century by utilizing a sense-making framework that will assist leaders in developing strategies to address protests in both large and small cities,” said Geron.


“When the Occupy movement of 2011 came about, it provided a unique opportunity to look at a nation-wide demonstration and how it was handled by various sized police departments at the same, or nearly the same, time.

“I looked at New York because it was the first, and the most notable of the media-covered protests. I also looked at Portland, which happened to have the largest Occupy contingent,” Geron continued. “Then I looked at my home city of Dallas, where I had access to documents that would allow me to gauge how we responded to our own Occupy demonstration. To round it out, I looked at Oakland, which had one of the most contentious Occupy movements.”

Geron’s work continues to capture the attention of his fellow law enforcement agencies. Ultimately, he hopes that his work will eventually lead to greater cooperation, and both effective and humane responses to acts of civil disobedience. In the end, he says, protecting the rights of protestors to be heard, while ensuring the safety of the men and women tasked with responding to them, is paramount.

For more detail on Geron’s research, check out the full story on the NPS.edu.