SWO Boss Updates Students on State of the Surface Force 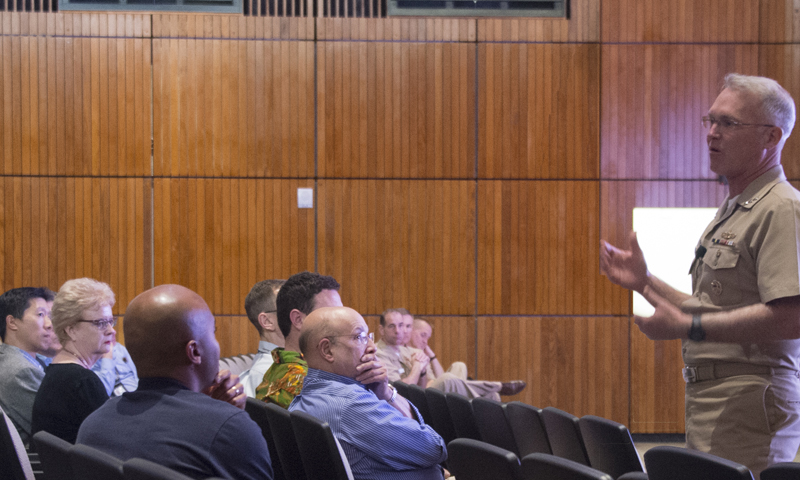 SWO Boss Updates Students on State of the Surface Force

He discussed his views on the changing mission of surface vessels, from defensive to offensive, including new precision missiles that are extremely difficult to counter. He also emphasized the importance of keeping the nation's enemies guessing at Navy tactics, especially when it comes to projection of power.

"At the end of the Cold War, we were working on and building a fleet designed to provide a balance between sea control and power projection," said Rowden. "If you look at some of the things that we do with our ships now, the way we operate today is built into the requirements that we're building into our ships."
Novermber Title