A View on Women’s Equality Day 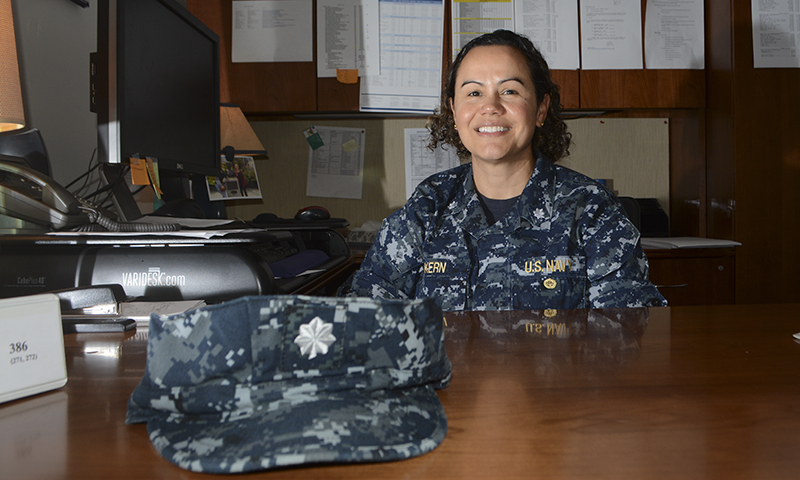 A View on Women’s Equality Day

NPS’ new Director of Programs Cmdr. Yolanda Kern was commissioned in 1991 as a Naval Human Resources Officer. On Women’s Equality Day, Kern offers her thoughts on the Navy’s progress to offer enlisted and commissioned females more opportunities to advance their careers across the fleet.

“Every place I’ve been stationed at, you show up, you do your job, you get it done and you earn your respect,” said Kern. “Regardless of gender, your career depends on you.”

On August 26, 1920, the 19th Amendment was added to the U.S. Constitution, granting women the right to vote. In 1971, Congress designated this date as Women's Equality Day to honor women and their continuing efforts toward equal rights.

The woman suffrage movement began in 1848, when the first women’s rights convention was held in Seneca Falls, New York, led by Lucretia Mott and Elizabeth Cady Stanton. In 1869, under the leadership of, Stanton, Susan B. Anthony, and other women’s rights pioneers, suffragists circulated petitions and lobbied Congress to pass a constitutional amendment to empower women.

And recently, the DOD has worked to implement policy changes that have already opened more than 110,000 positions to women.

“Women will now be able to contribute to our mission in ways they could not before. They’ll be allowed to drive tanks, fire mortars, and lead infantry soldiers into combat. They’ll be able to serve as Army Rangers and Green Berets, Navy SEALS, Marine Corps infantry, Air Force parajumpers … and even more importantly, our military will be better able to harness the skills and perspectives that these talented women have to offer,” said Defense Secretary Ash Carter during a speech announcing the policy shift.

DOD has also rolled out other initiatives to help service members maintain a better work-life balance, including the career intermission program, and the recent DOD announcement of extended maternity leave.

With females now serving onboard submarines, graduating Ranger training, as well as various other changes in the military, the days of women not being able to vote are long gone, but they are not forgotten.
Nav buttons