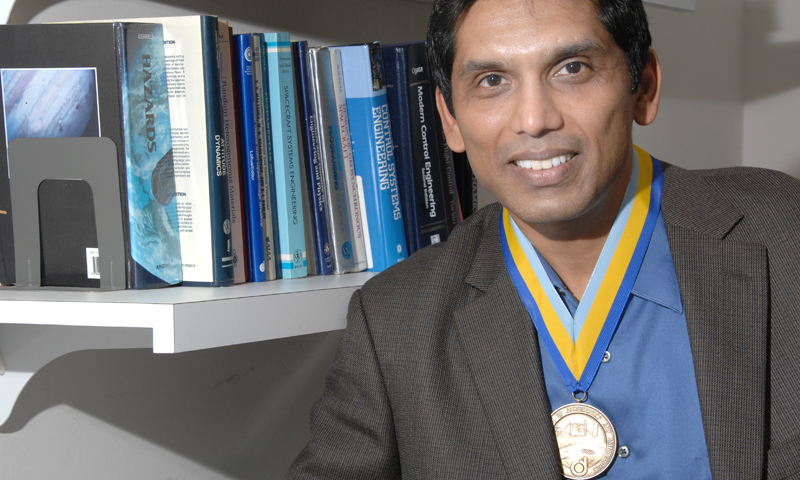 Dr. I. Michael Ross, pictured, joins Dr. Gamani Karunasiri as the newest university faculty to be honored with the title of Distinguished Professor, a prestigious designation conferred upon a small number of NPS faculty in recognition of exceptional and sustained scholarly, teaching and service accomplishments. Karunasiri and Ross will be recognized during the upcoming Summer Quarter Graduation ceremony in King Auditorium, Sept. 23.

Karunasiri joined the faculty of NPS in 2000 in the Departmentof Physics, and conducts research in the areas of semiconductor device physics and micro electromechanical systems (MEMS) and their applications in novel sensors. He has published more than 100 journal papers and holds five patents, and is a Fellow of the American Physical Society.

Ross, a member of the institution’s Department of Mechanical and Aerospace Engineering, noted he was truly honored to be recognized in this capacity.

“I've been at NPS for 26 years. Over these years, my students and I have done a lot of research work for both the DOD and NASA, and we have also had the good fortune of having some of our ideas fly on board some spacecraft,” said Ross. “I feel lucky to have had a department Chair like Professor Garth Hobson, who has created a rewarding and enjoyable working environment.”