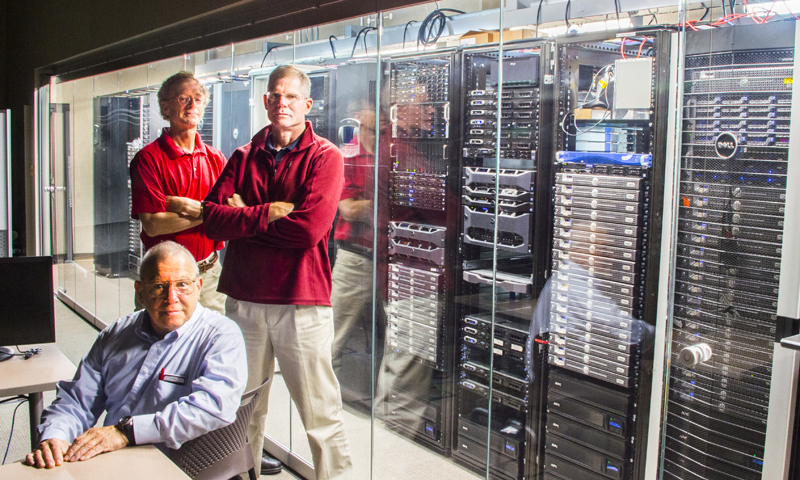 Eagle and Thompson spent 11 days at the convention center preparing for what is known as the final event. Banks of computers and servers were the only players in the world’s first automated network defense tournament.

“Everyone’s computers in the Cyber Grand Challenge are essentially running autonomously, in a chess game of encrypted behaviors. We just stepped back as the contributing team of humans who created programs endowed with expert systems,” said Thompson.

An ‘expert system’ is built within a process called knowledge engineering, during which knowledge about the domain is acquired from human experts or other engineers. Eagle and Thompson say the systems are designed essentially to imitate human capabilities of thinking and sensing.

“We had our computers programmed to turn attacks back to the adversary much beyond DARPA’s basic objective,” said Eagle. “Ours was a disruptive game, like interrupting a person’s train of thought to gain the advantage in competition.”

Eagle, Thompson and Dinolt all agree their contributions are supported by present and past NPS students, their theses, and the civilian Scholarship for Service students and service academy interns who have spent time on campus.

“I came back fatigued, but also with a new understanding in the realm of the possible.  While at the cyber challenge event, it was invigorating to see recent NPS graduates and last year’s NPS Army Cadet interns,” Eagle said.
Nav buttons