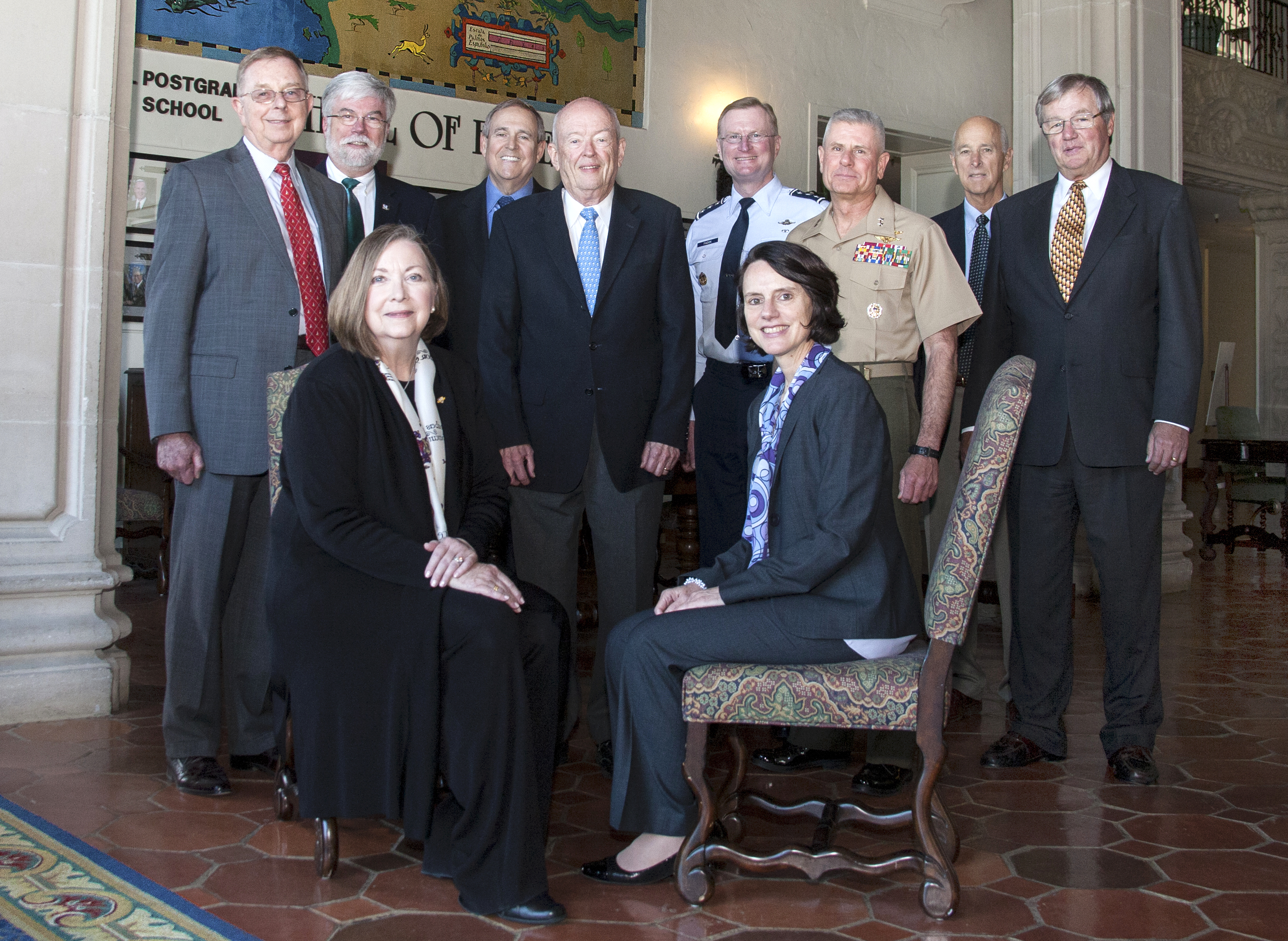 The Naval Postgraduate School (NPS) was saddened to learn of the passing of former university provost and long-time NPS Board of Advisors (BOA) member, Dr. Jack Borsting, Aug. 16.

“Jack was a true friend and lifelong supporter of NPS and a valued presence on the BOA. He will be greatly missed,” said NPS President retired Vice Admiral Ronald A. Route in a message to the campus community.

Borsting, pictured above center with his BOA colleagues, came to NPS in 1959, joining the university’s Department of Mathematics. He rapidly rose through the ranks, and was asked to chair the Department of Operations Research at just 35 yeas of age. Eventually, he would be named Provost and Academic Dean in 1974, and served in this capacity until then President Jimmy Carter nominated him to the position of Assistant Secretary of Defense (Comptroller) in 1980.

In spite of his countless accomplishments as an administrator and strategic visionary for NPS, Borsting is fondly remembered by many for his impact in the classroom.

"Many people will remember Dr. Jack Borsting for his leadership in academic and government administration. Instead, I would like to speak for his many students in recalling his inspirational teaching,” recalled retired Navy Capt. Wayne Hughes, Professor of Practice in the OR department, and a former student of Borsting’s. “Jack taught me probability theory in my first quarter as a student. He instilled a life-long love of probability that helped to solve real-world operations analysis problems. In my second year, I devoted my elective slot to a course in applied statistics taught by Jack. He did not disappoint me.

“I kept and used my class notes for many years during my career at sea, in command, and in operations research tours of duty,” Hughes continued. “I think Jack's less visible skills of instructing NPS operations research students were just as valuable in his long career of service to the Navy and the nation as were his better known contributions to administration.”

Borsting’s accomplishments were very broad, but his time at the university was not without challenge. He shared his own thoughts on some of those challenges in an oral history prepared by the Military Operations Research Society (MORS).

“My main responsibility as Provost was to get the school out of a deep hole. The school student body around 1971 was about 1,800[students]. There had been cuts in graduate education by various organization in Washington, including the congress,” Borsting wrote. “When I took over, the student body was 1,200 and going down. It went down to 900 in the next two years.

“When I left the provost position in 1980 and went to Washington, the student population was back to 1,400. My job was to convince OSD [the Office of the Secretary of Defense], the Navy, the Army, the Air Force, and the Congress what a great institution NPS was and how important graduation education was to the future defense of the county,” Borsting continued.

By every measure, Borsting succeeded. And he continued convincing defense and academic leadership of NPS’ value as a longtime member of the institution’s Board of Advisors (BOA). He is remembered fondly by those who worked with him, especially NPS BOA Designated Federal Officer Jaye Panza , who knew Borsting for nearly 20 years.

“In all those years he only missed one board meeting, and that was when his wife fell and broke her shoulder,” Panza said.

But ultimately, she said, it was Borsting’s fondness for the university’s students and faculty for which he will be remembered most.

“[Borsting] would always tell me that, for him, the highlight of our BOA meetings was the chance to interact with the faculty and students. He was a very engaged member of the board and I will miss his frankness and candor at our semi-annual board meetings. Our meetings will not be the same without Jack,” said Panza.