Beloved Former Dean of Students, Alumnus to Be Honored With Namesake Spacecraft 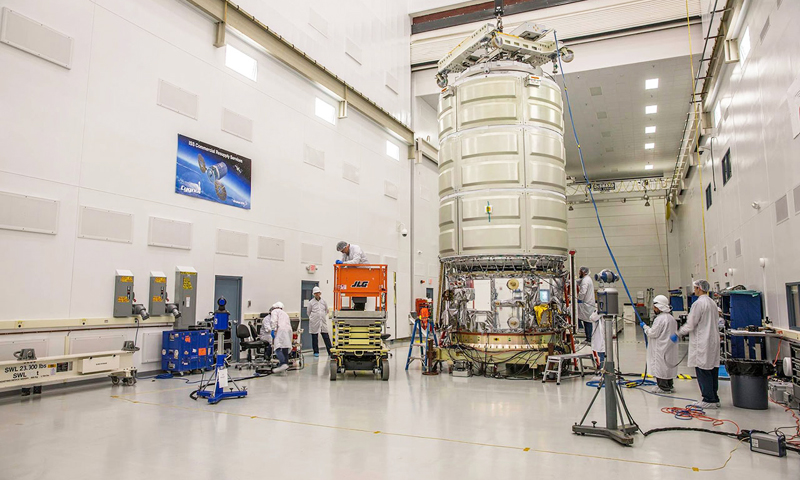 Beloved Former Dean of Students, Alumnus to Be Honored With Namesake Spacecraft

"Poindexter's intersecting career with several members of Orbital ATK's senior management, his connection to Maryland and the Eastern Shore, and his distinguished military and spaceflight career make him an ideal honoree for the OA-5 mission," noted a press release from Orbital ATK.

The S.S. Alan G. Poindexter will carry approximately 2,400 kg of supplies and science experiments to the ISS. It will be launched into orbit using Orbital ATK's upgraded Antares 230 launch system.

"He was one of the great guys that we meet from time-to-time in our lives. When he ended up here at NPS, it was really a treat," said Newman. "We looked forward to many years of having him here contributing mightily, as he does to all of the endeavors, to everybody's benefit. Dex is still missed."

"[Poindexter] had an amazing combination of personal qualities, usually not found together … professional, kind, competitive, confident, and a keen sense of humor. He fully engaged everyone he met. He was the ultimate family man and I think that passion for his family touched anyone who met him. It was like you were family," added Bursch.

Poindexter earned a Master of Science in Aeronautical Engineering degree while attending NPS in 1995. He was selected to serve in NASA's astronaut program in June 1998 and went on to fly two space shuttle missions logging 669 hours in space aboard the Atlantis (STS-122) and the Discovery (STS-131).