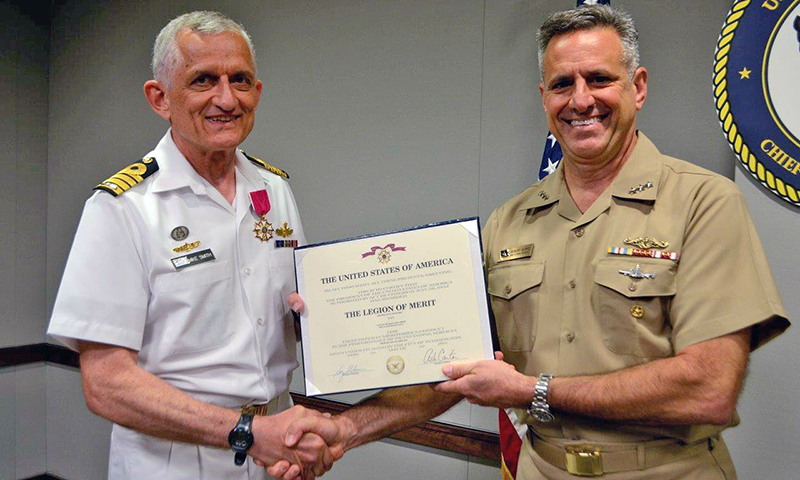 "It has been a truly humbling experience to receive this important award, and I am honored that the work to set up and sustain the USN-RAN Strategic Workforce Personnel Steering Group (SWPSG) from early 2011 to early 2016 has been valued by the U.S. Navy Chief of Naval Personnel," said Smith.

The SWPSG reports to and supports strategic dialogue between the U.S. Navy's Chief of Naval Operations and the Australian Chief of Navy, providing a forum for the exchange of information on workforce and personnel initiatives as well as identifying areas for ongoing and future collaboration.

Smith noted that he enjoyed "engaging with so many talented and interesting members of the U.S. Navy, as we managed over 200 action items in five years, [and] working with and being supported by a great team in Australia who shared my passion and commitment for the SWPSG."

Ultimately, Smith said, it was very gratifying to see "a number of the contributions to the SWPSG being used to shape U.S. Navy policy initiatives."