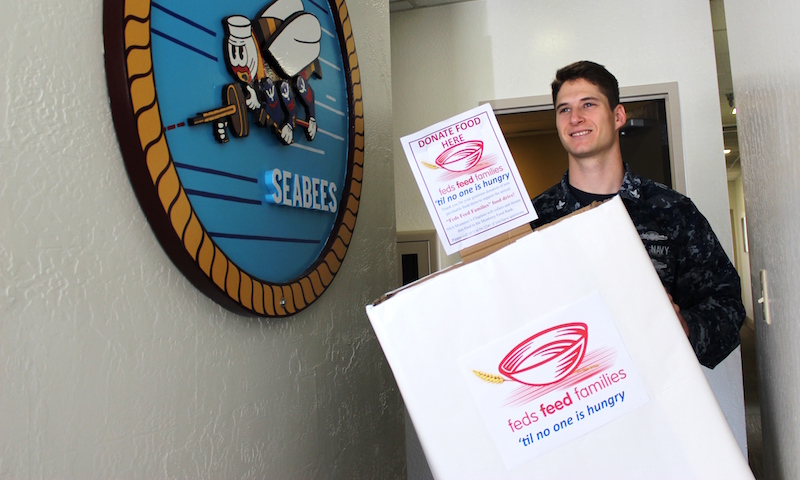 "My goal is to collect 1,000 pounds of non-perishable food items by the end of August," clarified Koback, this year's coordinator.

Department of Defense support through donations of non-perishable food items for distribution to local food banks nationwide is a direct response to the "United We Serve Act" signed by President Barack Obama in April 2009.

"We have many drop boxes set up throughout the installation. I can also pick-up donations," Koback added.

Personnel from NPS, NSA Monterey and its tenant commands donated over 900 pounds of food to the greater Monterey community during last year's drive. Koback is confident the commands can beat last year's total donation.

"We should at least beat last year's collection and make it to 1,000 pounds," Koback challenged.