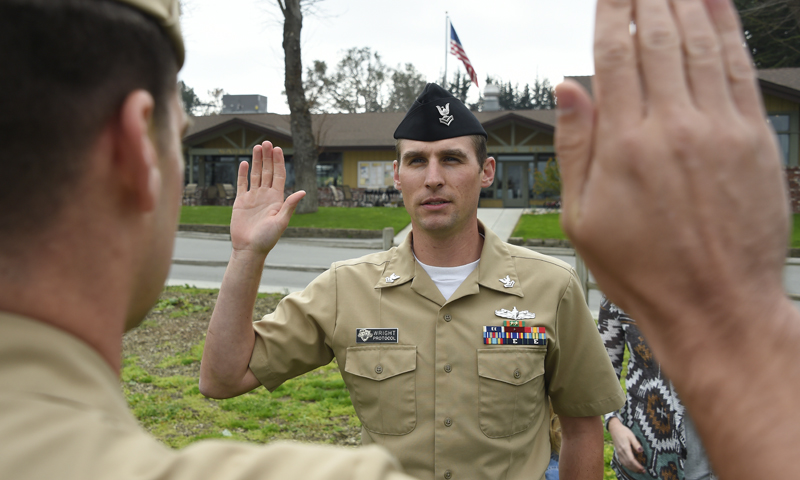 During the ceremony, Wright was given the opportunity to reflect on his time at NPS.

"I've had a great time here. I've had two of the best bosses you can have in [Chief of Protocol] Vickie Hoy and Lt. Colpitts," said Wright. "I also can't say enough about President Route and his family. They've allowed us into their home and we have shared many great moments." The tour that Wright started at NPS in 2012 is now coming to an end, but his gaze is firmly set upon the future.

"I'll be heading up to Washington, to serve in Carrier Strike Group Eleven aboard the [aircraft carrier USS] Nimitz [CVN 68]," said Wright. "I love going to work everyday and meeting new and interesting people … and that's what I'll be looking forward to doing in Washington."